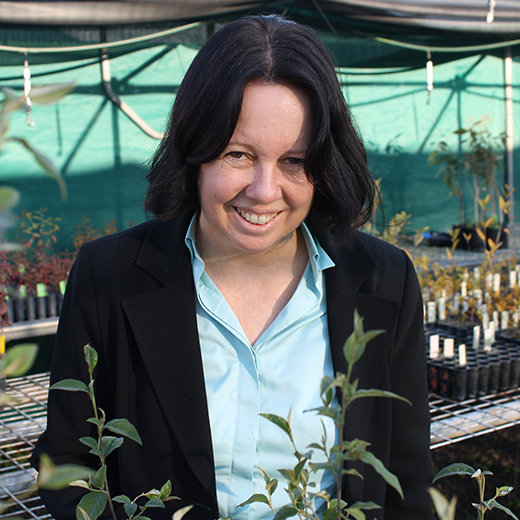 A University of the Sunshine Coast researcher is helping to turn a little-known Pacific nut into a global industry.

Professor of Agricultural Ecology Helen Wallace has been passing on her expertise in Australia’s macadamia nut industry to locals in Vanuatu, the Solomon Islands and Papua New Guinea.

Professor Wallace believes the canarium nut, grown in Melanesia, has the same potential as the macadamia to grow from a cottage industry into a worldwide export.

“Locals say it has anti-inflammatory properties and use it in skincare and cosmetics, but mostly canariums are for eating – raw, roasted, honey-coated, or in biscuits,” Professor Wallace said.

“Canarium nuts absolutely have the potential for the same kind of growth we’ve seen in the macadamia industry.

“A number of nut processors in Australia have been very open to using them, and we just need to work on increasing volumes and quality control for that to happen.”

The canarium is described as having a taste similar to the almond but a softer texture.

Professor Wallace said working closely with locals had been a critical part of the project, from education for growers and setting up shell-cracking equipment, through to marketing the nuts locally and internationally.

She said the introduction of a canarium industry in Melanesia could play a major role in helping locals create a sustainable source of income.

“Growing and selling them could have a big impact for these women, who often exist on less than A$1,000 per year.”

A team led by Professor Wallace, comprising researchers from USC, the University of Adelaide and PNG partners, has recently received $3.5 million from the Australian Centre for International Agricultural Research to further enhance PNG’s canarium industry.

Becoming a mother inspired Jessica Collins of Morayfield to study midwifery at USC where she excelled and was awarded a Faculty medal.

Lounge bar lecture to explore the next big superfood

Uncovering the next big thing in Australian cuisine and discovering the importance of seaweeds for the planet will be served up for conversation at USC’s next Lounge Bar Lecture at Buderim tomorrow evening (Thursday 9 August).

More than 2,200 new students started an exciting chapter of their lives today as the University of the Sunshine Coast’s Semester 2 Orientation Week got underway.

Providing care for patients with blood diseases and cancer is all in a day’s work for recent USC graduate Melanie Farr of Narangba.

A USC scientist has helped develop a program aimed at minimising fisheries bycatch and conserving endangered and vulnerable marine life.