School of Law and Criminology staff

School of Law and Criminology staff

Glenn is a Past President of the Law Council of Australia, LAWASIA and the Queensland Law Society.

He is Chair of WorkCover Queensland and Lexon Insurance.

He has been appointed by both Federal and State Governments to various advisory boards and task forces in the legal, migration and business sectors.

Glenn has also held or continues to hold a number of board positions in both the public and private sector in the insurance, superannuation, education, sport, charity and information technology areas including chairing a publicly listed company.

In 2010 he was appointed by the Prime Minister to the Expert Panel to consider the recognition of Aboriginal and Torres Strait Islanders in the Constitution.

In the 2015 Australia Day Honours, Glenn was made a Member of the Order of Australia “For significant service to the law and to the legal profession, both nationally and in the Asia-Pacific region, and to the community”.

Julian Porter is Principal Solicitor at Suncoast Community Legal Service and has twenty years' experience in the government and community legal sectors. Admitted as a legal practitioner in 1995 he rose through the ranks to Senior Legal Officer in the Appeals and Prosecutions section at Crown Law. After a stint working in London, a career change beckoned. While pursuing his love of writing never ended up paying the bills, his journalism qualification and five years of graft as a part-time freelancer sharpened his communication skills for a new challenge in the community sector. Firstly within disability advocacy group QAI, then for the past seven years at Suncoast CLS, Julian has enjoyed the challenge of building an organisation and its capacity and working with volunteers to assist people from situations of disadvantage. The involvement with University of Sunshine Coast students in the Law Clinic is yet another reason Julian is pleased he ended up sticking with the law. 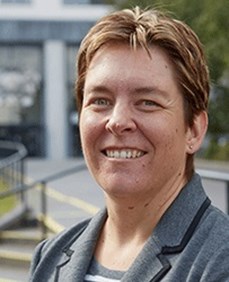