Deciding where to live while studying - University of the Sunshine Coast, Queensland, Australia

Deciding where to live while studying

All four of my children have started their university degrees while living at home, even the three students who had gap years.

I know they all saw the benefits of staying with ‘the oldies’, as they first settled into university life.

There was food in the fridge, a meal made for them, the internet was always on, their washing was done and the bills were paid. They kept their local ‘stuff’ - casual jobs, sporting teams, gym membership and mates. And they had a live-in cheer squad to encourage them in their study.

I think it made the transition to university life easier.

I’ll be honest, it would have been a financial strain to fund our students to live away from home when they first began university, particularly when we had three at uni at once, but also we loved having them at home with us for just that little bit longer.

They commuted to the Sippy Downs campus, either sharing a ride with family or friends, driving themselves, or taking the USC shuttle bus. The shuttle bus made travelling to university easy and when the timetable worked, that was the preferred option. But I loved the days when I was the driver on the university commute. You’d hear all the news of their day, hear their (often awful) music, or sometimes you would just hear them snoring in the passenger seat. I know those days together go quickly and are lost in the hurly burley of life, so I cherish them.

Then, as our children got more involved in their university life – new friends, new groups, new sporting teams, different work – two of them moved out.

They found fabulous flatmates. They studied hard, but also made time to have heaps of fun — just as they should on a new adventure.

We loved being the ‘parents with the trailer’ come moving time and the ‘Dad who could fix the washing machine’ or the ‘Mum with the lasagne recipe’, at other times.

My children made the ‘do I stay at home/do I move out’ decision based on what worked best for them at each stage of their study. I know the option to stay at home is not always there for every student, for whatever reason, but it worked for our family. And when the time came for our students to move out of the nest, that worked too.

As a mum, I was grateful for that little bit of extra time that I had my children at home. What is the saying? Children hold their mother’s hand for a short while, and their hearts forever.

Yep, that’s the one.

Dr Janet Lee received her Doctorate of Creative Arts from USC. She is also mum to four children who have all completed (or are completing) their undergraduate degrees at USC. Janet lives on the Sunshine Coast with two dogs, some very spoilt chickens and her wonderful, noisy family. Janet is a regular contributor to USC's Parent Lounge. 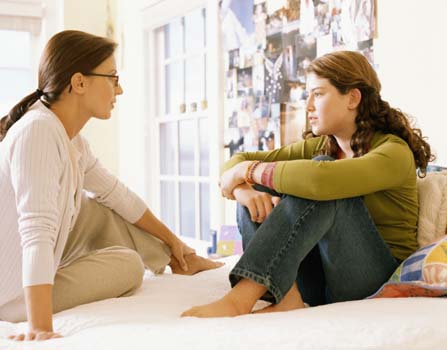