Myall Creek and Beyond | UniSC | University of the Sunshine Coast, Queensland, Australia

A significant exhibition exploring the history and site of the 1838 Myall Creek Massacre through the work of some of Australia’s leading indigenous artists. 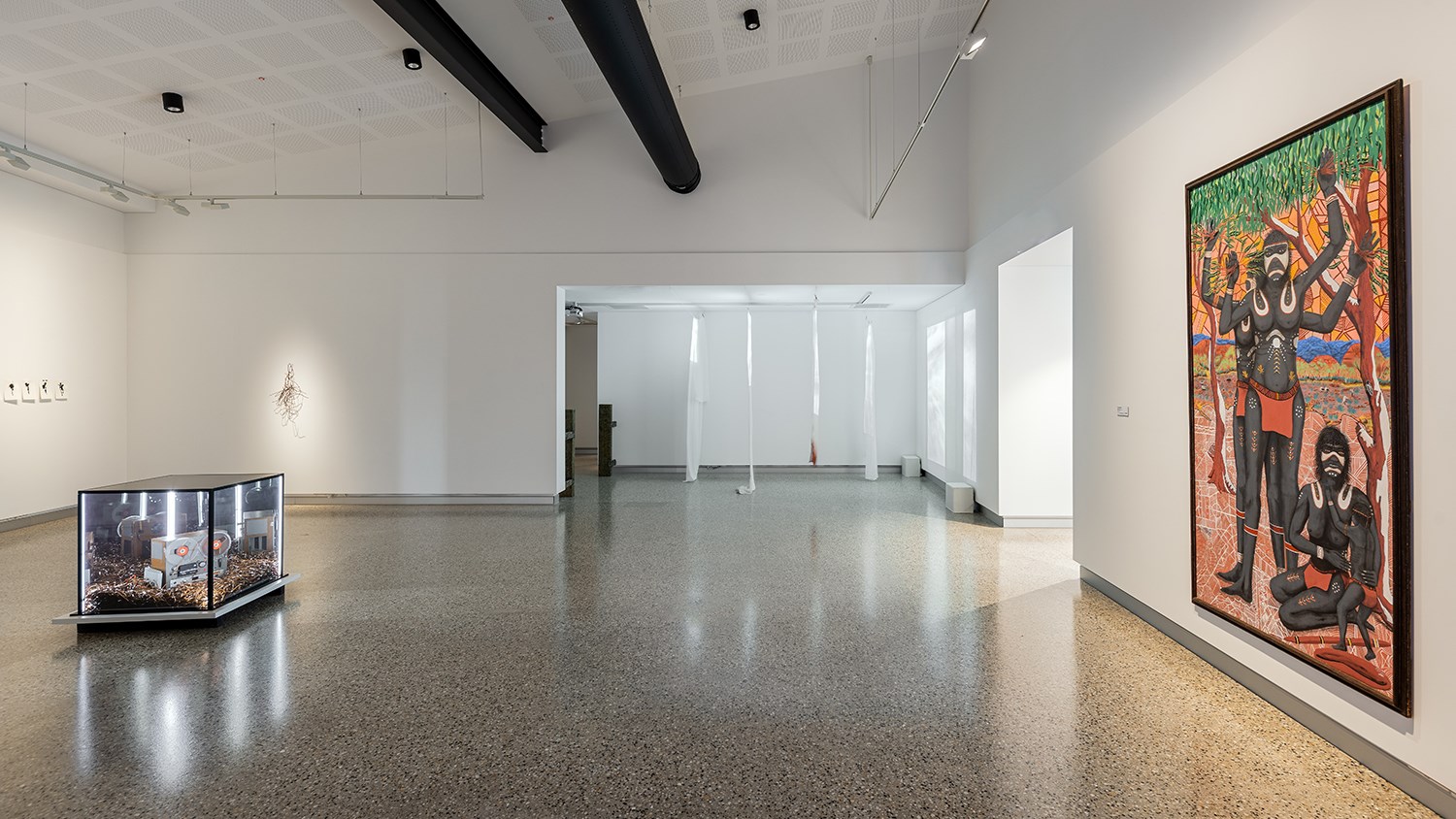 Myall Creek and Beyond

On the afternoon of Sunday 10 June 1838, a group of eleven convicts and ex-convict stockmen led by a squatter brutally slaughtered a group of twenty-eight Aboriginal men, women and children who were camped peacefully at the station of Myall Creek in the New England region.

Although many other massacres of indigenous people occurred during the Frontier Wars across Australia, this one had special significance because it was the only time when white men were arrested, charged and hung for the massacre of First Nation Peoples following a police investigation.

Produced in partnership with the Friends of Myall Creek Memorial, Myall Creek and Beyond was an exhibition of works by a group of leading contemporary indigenous artists who participated in an artist residency program in regional NSW. The artists worked with local communities to create new works for the exhibition to explore the issues and complexities of the Myall Creek Massacre and its aftermath locally and nationally. The exhibition explored this difficult shared history to increase awareness and generate considered discourse about these events and their continued impact on both Aboriginal and non-Aboriginal people.

Aboriginal and Torres Strait Islander people are advised that this exhibition contains images, names, and voices of people who are deceased.

Catalogue
A catalogue accompanied the exhibition. It includes essays by Dr Bianca Beetson, Suzanne Blacklock and Lyall Munro Snr, and statements by the artists.

Education Resource
An education resource was developed for this exhibition and can be downloaded here.