The only Queensland women’s team in the inaugural 2021 University Basketball League – the USC Spartans – will contest the UBL finals at the University of Sydney on 13-14 July.

Coached by Vern Robateau, the Spartans UBL women’s team finished the season in the top four, boosted by early wins over two of the league’s strongest teams, La Trobe University and University of Sydney.

Captain Francis Donders combined outstanding performances on the court with her studies for USC’s Master of Teaching (Secondary) and her work and training commitments.

She was named the team’s Most Valuable Player at the USC Spartans UBL presentation night, after leading the way with season averages of 21 points, six rebounds and six assists.

USC Sport spokesman Jay McCracken said the team, based on campus at the Sunshine Coast, was considered an underdog from the first jump ball.

“They were the only Queensland team, the only regional university team and the newest and youngest university competing in the league,” he said.

“But they really created some noise in the first rounds, progressively improving week after week, and also growing together as a team off the court.”

Meanwhile, the USC men’s UBL team, coached by Nathan Arousi, demonstrated great tenacity and sportsmanship both on and off the court.

“The men’s team gained one win but never gave up and showed true Spartan spirit,” Mr McCracken said. “They’re eager to bounce back and get to work for next season.”

Most of USC’s games were played at USC Stadium, also the home venue for USC Rip City’s men’s and women’s teams in the NBL1 North league and the Queensland State League respectively. 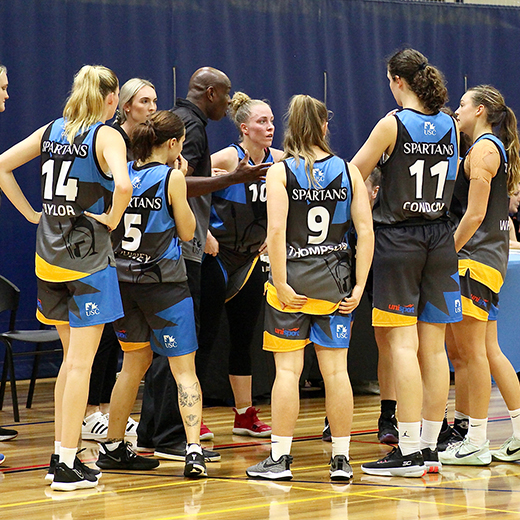