A world-first study by USC researchers of almost 900 Australian bird nest specimens dating back more than 180 years has found an increasing amount of potentially harmful plastics and parasites in nests built over recent decades.

USC lecturers in Animal Ecology Dr Dominique Potvin and Dr Kathy Townsend said while there had been many studies into the impacts of plastics on marine species, this study was one of the first to use museum specimens to determine the effects on wildlife in rural and urban backyards.

“These results are concerning as plastic use in bird nests can potentially cause entanglement, gastrointestinal injuries and the release of toxic chemicals to nest inhabitants and predators, while parasites can impact on reproductive success and nestling health,” Dr Potvin said.

“These historical nests have given up century-old secrets and provided rare, long-term insights into how native Australian birds interact with human-made materials,” Dr Potvin said.

“Each nest is a snapshot of animal behaviours dating back to the 1800s, allowing us to determine how long birds have been using debris for nest building and the potential dangers this presents.”

The researchers analysed 892 nest specimens for plastics and parasites and identified trends in debris use across bird species and trends across urban, farmland and natural habitats.

The nests, from more than 60 different Australian bird families, ranged in date from 1832-2018 and were all sourced from Australian museum collections.

The first synthetic item was a piece of polyester string found in a nest in Melbourne from 1956, coinciding with the timing of a major surge in global plastic production.

Dr Townsend said the prevalence of manufactured material grew from approximately four percent in 1832 to almost 30 percent in 2018 and was driven by birds incorporating increasing amounts of synthetic rather than biodegradable materials into their nests.

“By 2018, around 25% of all nests contained synthetics,” she said. “The most shocking one was an Australian magpie nest. It was found beside a construction site in 2018 and included items such as headphones, saw blades, coat hangers and plastic 3D glasses.”

Another key finding was that certain bird families, in particular the Australasian Cracticidae family that incorporates magpies and butcherbirds, were more likely to incorporate artificial materials in their nests.

“Understanding the range of birds that potentially interact with debris, and how they do so, can give us insights into species that may be most at risk,” she said.

The research team, which also included Dr Sarah Knutie from the University of Connecticut and research student Fabiola Opitz from Germany’s Justus-Leibig University, said there was evidence that urbanisation had contributed to the increased levels of debris found in bird nests.

“We found increased levels of human materials in nests from urban-adapted bird species.” Dr Townsend said. “These increased levels coincided with the timeline of urbanisation in Australia and showed a direct link between urbanised areas and the increased likelihood of finding plastics in nests.”

The study found that the prevalence of nest parasites had also increased since 1830, but there was no evidence to suggest this was linked to urbanisation or increased rubbish pollution.

The researchers said this result differed from other studies that found that anthropogenic materials in nests could potentially decrease parasite loads in certain species. 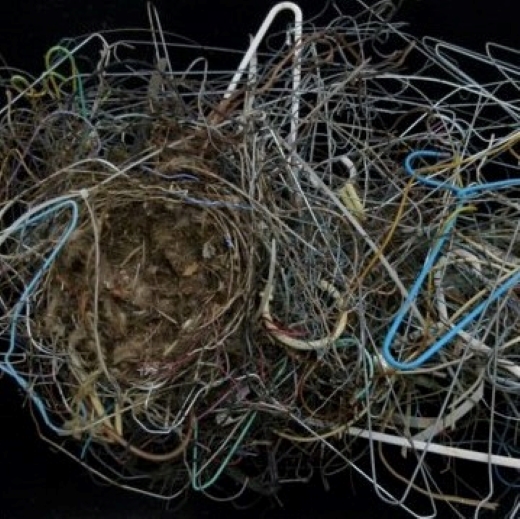 Magpies are famed for their intelligence and now a “failed” experiment by researchers at the University of the Sunshine Coast has shown just how clever and collaborative the Australian songbird really is.