And despite the impacts of COVID-19 on international student numbers, the influx of domestic students at USC Moreton Bay contributes to a 10 percent enrolment increase overall for USC, which has campuses from Brisbane to the Fraser Coast.

USC Vice-Chancellor and President Professor Helen Bartlett said the campus at Petrie was going from strength to strength, helping USC become the university of choice for Moreton Bay Region residents.

“The plan was for Moreton Bay to have 2,400 enrolments this year and it has already reached 3,000,” Professor Bartlett said.

Orientation activities will be held at USC Moreton Bay next week to welcome 1,400 new students for Semester 1, 2021.

Professor Bartlett said after just one year of having a campus at Moreton Bay, USC now had the highest market share of QTAC first preferences for the fast-growing region just north of Brisbane.

“USC recently became the university of choice for first preferences in Moreton Bay, and it’s a sign of things to come as people in the regions embrace the opportunity to study closer to home,” she said.

“It’s good news for the economy here too. The study and research programs at the Moreton Bay campus have been tailored to meet the needs and aspirations of this region to help build capacity and drive growth.

“We also know that the vast majority of graduates from here are likely to stay and work in the region.”

“It is also due to USC’s ongoing focus on domestic students and lower exposure to the international market, as well as the impact of COVID-19 on people’s career planning,” she said.

“The pandemic has led to an increased interest in university study from school leavers, who otherwise might have travelled overseas, but also from non-school-leavers – up almost seven percent this year – who may be looking to change careers.

“For example, our health-related enrolments are up 30 percent on this time last year, which is likely due to the increased certainty of health careers during a pandemic.” 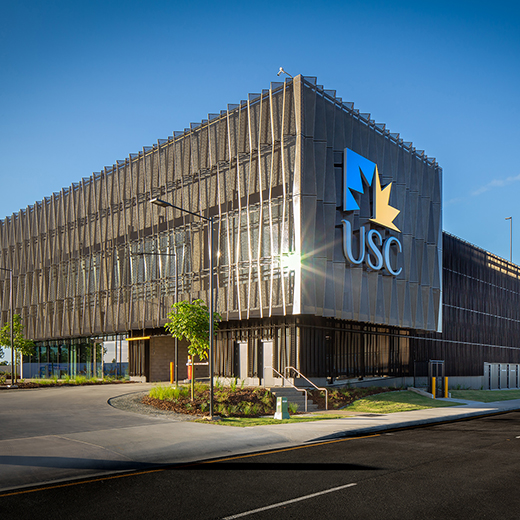 Having grown up in Caboolture, Lincoln Nass holds such a deep appreciation for Moreton Bay that he plans to channel his engineering studies at USC into improving the region.

Time is right to explore uni options with free course

With many people reassessing their career goals due to COVID-19, USC is offering a free course for those wanting to sample higher education and explore their study opportunities.