Sunshine Coast health professionals have heard from a USC academic about ongoing research into how brief bursts of high-intensity physical activity can help prevent the development of colon and breast cancers.

Professor of Sport and Exercise Science David Jenkins, who moved to USC last year, outlined his current research and recommendations at a forum that is part of the Sunshine Coast Health Institute’s annual seminar series.

Professor Jenkins said previous data showed an inverse relationship between activity levels and the incidence of certain cancers such as colon and breast cancer.

His current research, in conjunction with The University of Queensland where he previously worked, focused on understanding which mechanisms in the human body were involved.

“We’re running randomised controlled trials on these specific mechanisms, in particular the role of skeletal muscles,” he said.

“When muscles contract during exercise, they release chemical signallers called myokines which reduce the growth of tumour cells, serving to both prevent and suppress these cancers.

“We want to better understand this process so health professionals can prescribe certain types and durations of exercise for their patients’ greatest outcomes.”

“Blood tests taken after the participants completed four-minute intervals of exercising showed that the higher the intensity, the greater the suppression of cancer cell growth.”

He said any exercise was better than none in preventing or reducing recurrences of these cancers, but believed that brief bursts of higher intensity were likely to be most beneficial.

He suggested cycling, running or walking uphill, along with resistance training – “anything where you have to puff and your heart rate rises, even if it’s for a matter of seconds, several times a day”.

His expertise was sought for a recent Podcast on Medcast aimed at GPs.

Professor Jenkins is also chief investigator of an NHMRC-funded grant investigating the influence of peer support on adherence to exercise with cancer survivors. 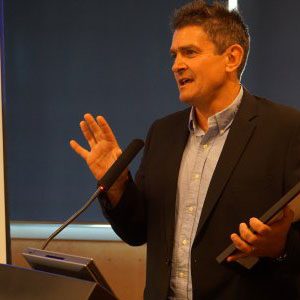 A USC Exercise Science academic who has worked as a strength and conditioning coach in Brisbane soccer has won a national award for his research that furthers understanding of the brain’s role in how well athletes recover from hamstring injuries.