The medal ceremony for the 4x100m freestyle race had been postponed from Sunday evening to allow for protests to be heard from the United States and Great Britain after both teams were disqualified.

Cole, who completed a cross-institutional degree while studying at USC, has now won as many Paralympic medals as the great Priya Cooper OAM who is a member of the Sport Australia Hall of Fame.

Last night she finished 4th in the S9 100m backstroke final but has two further events on her schedule in Tokyo – the 100m freestyle today and the 4x100m medley relay on Thursday.

There are 10 USC-affiliated athletes competing in the Paralympics. Results so far include:

Upcoming events for USC athletes are as follows (with all times in AEST): 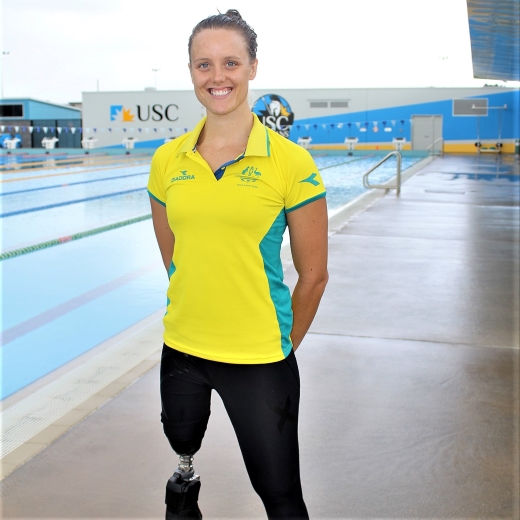 USC will be cheering on its six athletes competing at the Tokyo Olympic Games in the sports of swimming, marathon swimming, softball and cycling.