Susan Stevens has gone from teaching science at high school to helping deliver babies at Gympie Hospital, while former commercial banker Larissa Reeman is now caring for patients with life-threatening conditions in the intensive care unit at the Sunshine Coast University Hospital.

The busy mothers – Susan has five children and Larissa three – were both recently awarded a Medal for Academic Excellence from USC for consistently achieving outstanding results.

“People told me I was crazy and asked why I would go back to study when I already had a teaching degree, but my answer was always simple – I had found something I was passionate about, and to become a midwife I had to go back to university,” Susan, 41, said.

The Chatsworth resident, who graduated from USC recently with a combined Nursing Science and Midwifery degree, had four young boys under eight years when she enrolled part-time in mid-2012, and took a break from study in 2014 for the birth of her daughter.

“Balancing study, work, social life and family is so important when you are a mature-age student with responsibilities outside of university,” Susan said.

“Although it took me longer than if I’d been studying full-time, it was worth it for me to be able to manage life with study and this worked perfectly with our busy lifestyle.”

For 39-year-old Larissa, focusing on the end result helped her to complete a Bachelor of Nursing (Graduate Entry) in two years while juggling work three to four work shifts each week, caring for her three primary school aged children, full-time study, placements and an internship.

“Looking back, it was incredibly hectic,” she said. “But I knew that it wasn’t going to be forever and what I was learning was very interesting and well delivered, so it was easy to really engage with the content and achieve good results.

“I put my children first, but study came second, and I was really strict with organisation, sacrificed my social life and was meticulous about planning out each semester.”

Having already completed a Bachelor of Business at USC, Larissa enrolled in USC’s Nursing Science graduate entry program, which allowed her to use credit from her first undergraduate degree to make a career change to become a registered nurse.

To ensure she was on the right track with her decision, Larissa also took a job working in the industry as an assistant-in-nursing at the University of the Sunshine Coast Hospital, while completing her degree.

Both graduates chose the flexibility of splitting their studies between USC’s Gympie and Sunshine Coast campuses.

“I was nervous about returning to uni after so many years but I was excited to have found a pathway that I could do locally – it made such a difference,” said Susan, who completed Nursing Science subjects at USC Gympie and Midwifery subjects at Sippy Downs.

Larissa and Susan said they were now enjoying consolidating the knowledge and skills they learned at USC and applying them in the workplace.

“During your degree you just keep building on all the skills and theory you need and it is a wonderful feeling when it all clicks into place as you complete your final placement and start working – you realise how much you have learned,” Larissa said.

QTAC applications are open to study at USC in Semester 2 this year. 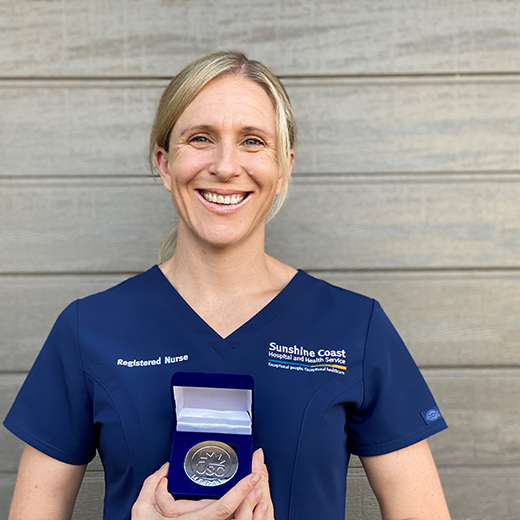