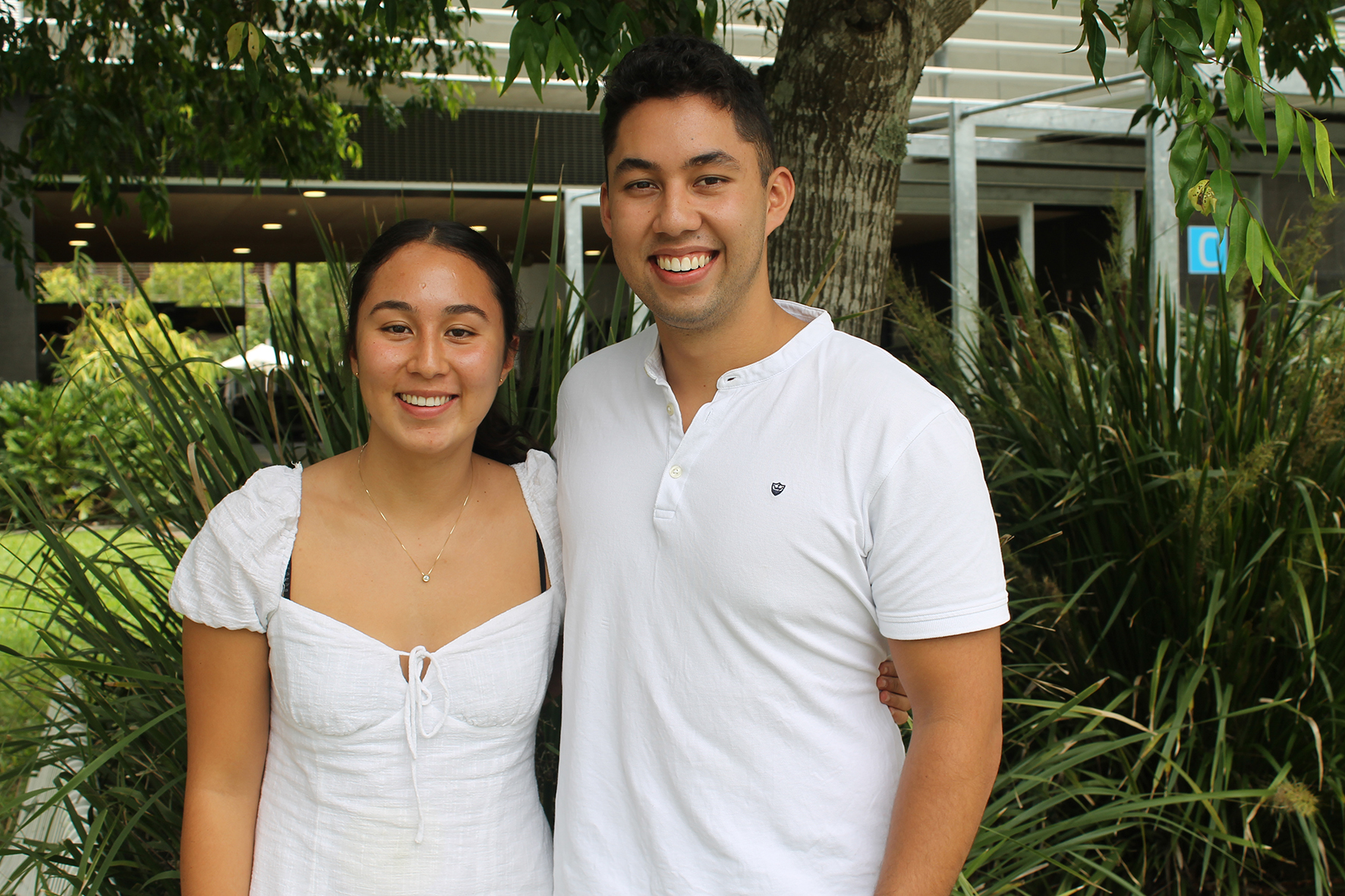 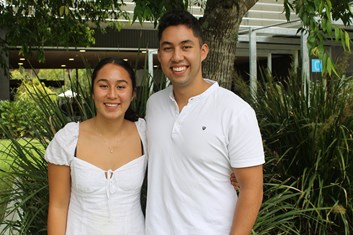 Launched by USC in 2015 following a major donation from philanthropists Roy and Nola Thompson, the scholarships are awarded to high-achieving new undergraduate students who have also demonstrated leadership skills and financial need.

This year, all four recipients are enrolled in USC’s Bachelor of Medical Science, a three-year, full-time degree requiring an OP1.

Sarah Cabucos, 18, who has moved to Birtinya, said she chose USC Sunshine Coast because of its friendly, community environment and the chance to study at the same campus as her brother Josh.

“Josh was in USC’s first ever Medical Science cohort back in 2018 and we’ve always been pretty close,” she said. “Being able to study my dream course alongside him is something that I’m very grateful for.”

Sarah said the scholarship would allow her to focus on coursework instead of paid part-time work.

“Medical Science offers me the opportunity to pursue my dream of being a doctor,” she said.

“From a young age, I always considered medicine because I’m passionate about helping people.

“I dedicated a lot of time in Years 11 and 12 to volunteering for outreach services and programs, which forced me to realise my own privilege in healthcare, and the vulnerability of people who’ve simply been dealt a bad hand in life.

“If I could dedicate my focus to helping those in a marginalised community or those who aren’t able to do the things that make them happy simply because of an illness, I think I would feel extremely fulfilled. I could imagine myself doing that for the rest of my life.”

Jasmin Smith, 18, of Cooroy, said the scholarship was a wonderful bonus after an enjoyable start to her Medical Science studies on campus at Sippy Downs.

“Being a local school leaver, I was unsure and wary about leaving home for the first time, so I was glad that USC’s degree means I can live and study on the Sunshine Coast,” she said.

“I currently work as a pharmacy assistant to help fund my studies. This scholarship will enable me to focus more on my degree to fulfil my goal of a career in medical science.” 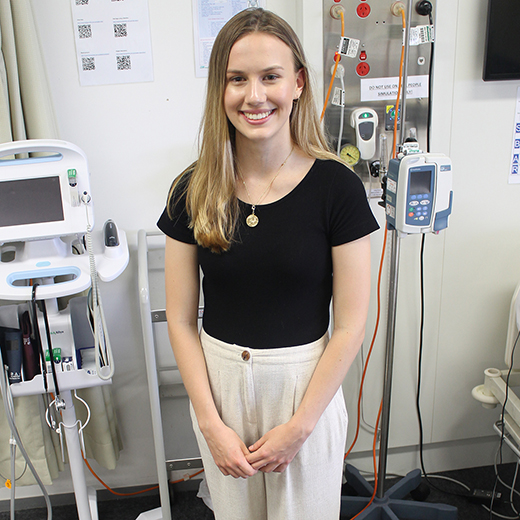