Noosa surfboard shaper Tom Wegener saw a bleak future for artisan board making as he embarked on his PhD study into the industry at the University of the Sunshine Coast six years ago.

But as he prepares to graduate this Thursday as one of USC’s 33 Higher Degree by Research graduates, he couldn’t be more excited about the resurgence in small-scale surfboard manufacturing in Australia.

Mr Wegener graduates with a Doctor of Philosophy (PhD) at a ceremony at Matthew Flinders Performance Centre, after finishing his thesis Globalisation and the sustainability of Small Manufacturers: Challenges Facing the Surfboard Artisans of Australia.

“Business from 2009 to 2012 was terrible, so my research boiled down to what would be needed as the impetus for the surfboard industry to reinvent itself,” Mr Wegener said.

“But to my astonishment, in 2014 I saw so many new makers coming onto the scene and making new designs, I just simply couldn’t believe it. In Noosa we had Thomas Surfboards, Fine Surfcraft by Andy Warhurst, Mitch Surman and Creative Army by Josh Constable to name a few.

“I thought the old guard was leaving and that would be it, but the new guys literally lifted the scene up by the bootstraps and now it’s even better.

“What I found as part of my research is that among surfers there is a culture of wanting the newest innovation and there’s a curiosity about finding the latest, greatest surfboard design because it’s still evolving and we’re all still creating.

“And it seems that China can’t keep up, and because we are niche, bespoke board makers, we have a culture that supports us.”

The industry’s resilience and regrowth formed the basis of a book he published in 2013 called Surfboard Artisans For the Love, but his 10,000 word thesis would take another four years, on top of running his own shaping business, store and homestay. This year he finally completed the thesis, supervised by USC’s Professor of Sustainability Tim Smith.

“I loved bringing academia into the surfing world because it’s being followed and it’s making a difference to an industry that helps define who we are on the Sunshine Coast,” Mr Wegener said.

Mr Wegener is now working on his own innovations using paulownia wood, which he pioneered globally as a surfboard material, and a non-toxic tree sap varnish from Japan called ‘urushi’. He says this was a direct result of his USC research leading to contact with suppliers.

“The world is in a place right now where people are really looking at these green industries that are dying and saying, ‘wait a minute, we don’t want to lose this industry,” he said.

“You look at surfing culture and it’s not only about money value, but also cultural value. It helps people identify who they are in their social group and the value of a clean ocean and a safe environment – the intangibles that make our life really great here.”

Mr Wegener is one of 33 students graduating with a Higher Degree by Research during USC’s September graduation season. 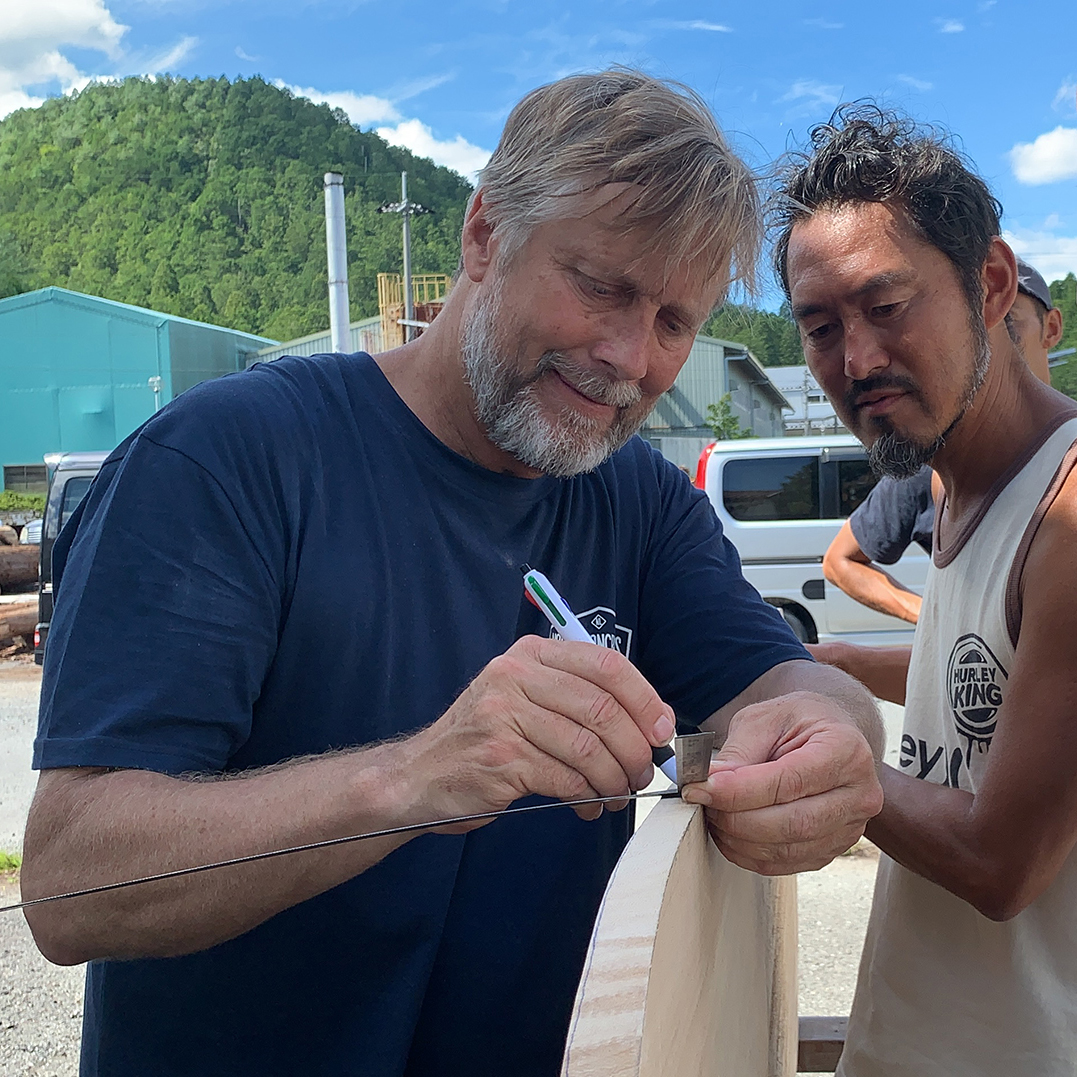