Drew Beveridge is flying high after she was named Queensland’s most outstanding final-year journalism student.

The 21-year-old USC student is in Dubai working as a crew member with an international airline. She will officially graduate later this month with her Journalism degree and a University Medal for her grade point average of 6.88 out of 7.

She was unable to attend the Queensland Clarion Awards night in Brisbane on the weekend, when she and fellow USC student Braedan Jason were two of three finalists in the student category.

She said from Dubai that receiving the award gave her confidence and reassurance about the value of her work.

"Over the course of my degree, I learnt that when balancing a busy work/life schedule it is important to have good time management and prioritise studying when you have free time. I wanted to share the community's stories in the best way possible."

The judges commented on her win: “Drew displays a good grasp of the basics of journalism, and an impressive maturity in style and substance on top of that.

“Her entries showed an ability to change tone and content to serve the medium she is working in, and a good eye for the flow of a story. They demonstrate a strong base on which she will no doubt build a promising career.”

Drew, who attended Mountain Creek State High School and represented Maroochydore Surf Life Saving Club as a lifesaving competitor, said she was enjoying a career in aviation while also planning a career in TV news in the future.

“She was tenacious and felt confident about taking on tough pieces and finding the right authoritative sources for stories,” Dr Fynes-Clinton said.

“She did really well in her internship with Channel Seven and produced solid online stories with multimedia elements. Drew would be an asset to any newsroom. She has shown herself to be ethical, professional and polished.”

Drew’s award-winning stories included pieces on local swimmer Lani Pallister, the citizenship battles of people in New Zealand wanting to come to Australia, local organisation EndED and a profile on the Dickson electorate. 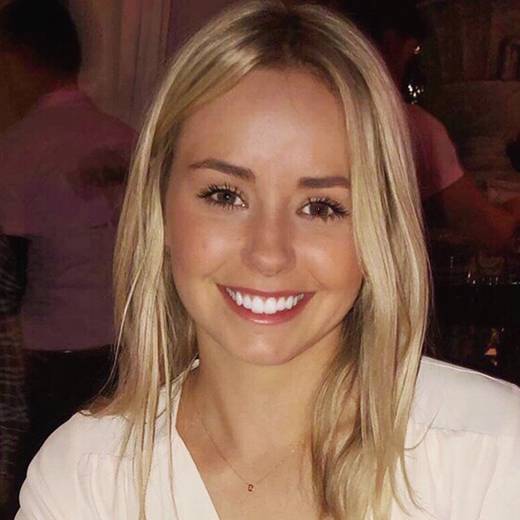