A woman who left school in Year 9 has gone on to complete a Nursing Science degree at USC in fine form and, in the process, earn the highest award possible for a graduating student.

When Burnside mother-of-three Sarah Payne graduates tomorrow afternoon (Friday 27 September), she will receive the Chancellor’s Medal for her impressive academic achievements (a grade point average of 6.1 out of 7) and a dedication to fellow students and the broader community.

Sarah, who is now working as a registered nurse at the Indigenous community of Cherbourg, near Murgon, will deliver the graduand address at her graduation ceremony.

“I plan to share some words encouragement to my fellow graduating cohort and tell them they really can do anything if they set their mind on it,” Sarah said.

“When challenges come up it is possible to rise above and conquer them. It’s possible to help save the world one life at a time by simply being kind,” she said.

Sarah will speak from her lived experience, which saw her leave Year 9 to have her first child and then go on to work in the small business sector.

In 2014, she decided that it was time to gain a tertiary education.

“I completed USC’s Tertiary Preparation Pathway program and that was such a game changer for me as it helped me believe in myself and realise that I could do anything,” Sarah said.

She enrolled in a Paramedic Science degree at USC but after 18 months changed degrees.

“I switched to a Bachelor of Nursing Science in 2016 and, for the first time, I felt like I’d found my calling.”

From there, Sarah threw herself not only into her studies, but volunteering roles.

In 2018, Sarah was elected President of the USC Student Midwifery & Nursing Association (SMANA), which has nearly 300 active student members.

In this role, Sarah supported her fellow students and liaised with course coordinators to share information and arrange networking events as well as the Nursing and Midwifery Ball, and Orientation activities.

During her presidency she facilitated workshops for fellow students with a key focus on enhancing the Nursing Science and Midwifery student experience.

Sarah also volunteered for the USC Student Mentor Program in 2014 and 2015 and was involved in several voluntary community activities outside of the university.

“I’m passionate about making a difference in the health of Aboriginal and Torres Strait Islander peoples and volunteered at the North Coast Aboriginal Corporation for Community Health (NCACCH) Health Check Day in 2018,” she said.

“When we give to others it helps us to feel better, and it gives us hope and a purpose to build a better future for our next generation.”

After experiencing the care and treatment of people from diverse backgrounds during regional and international placements during her degree, Sarah is thrilled with her new role as a remote area nurse at Cherbourg.

“I only started a fortnight ago, but I feel such joy in helping others and I can't believe that I was chosen for this role,” she said.

“I feel so honoured and privileged that I can help others and hopefully play a part in closing the health and life expectancy gap between Aboriginal and Torres Strait Islander peoples and non-Indigenous Australians.” 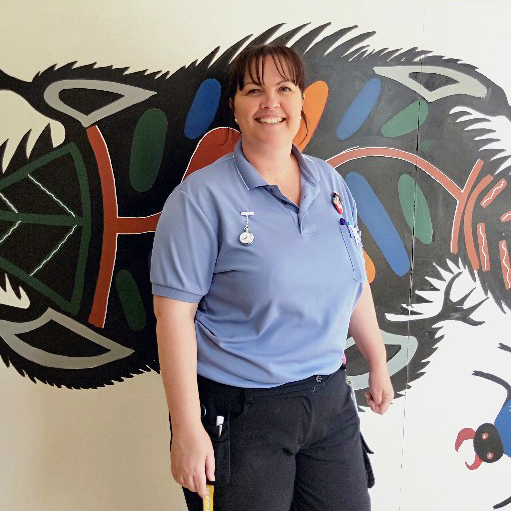 A career in care

For International Nurses Day, we spoke to nurses at different stages of their career – why did you choose nursing, and why do you stay?