A passionate tiger conservationist is set to continue her globally-published USC research into the poaching deaths of another endangered mammal in the forests of Sumatra, the tapir (pronounced tae-peer).

Animal Ecology graduate Kassie Campbell, who received an academic excellence medal at last year’s USC ceremony for her grade point average of 6.64 out of 7, recently had her first paper published in the leading international journal, Biological Conservation.

The Caloundra resident, who has been a member of Australia Zoo’s tiger-keeping team for more than 10 years, has witnessed first-hand the threats facing Sumatra’s wildlife, as well as the dedicated conservation teams on the frontline fighting to protect tigers and tapirs.

Her joint research found an increased risk to Malayan tapirs becoming caught in illegal snares set by poachers in the lucrative black-market trade for tiger products.

“The Sumatran tiger is critically endangered and the focus of many campaigns, but there is less emphasis on the Malayan tapir which live alongside tigers and have been getting trapped in tiger snares accidentally,” Ms Campbell said.

“There’s concern that poachers also may be using tapirs as an ‘untapped resource’, disguising the animals’ body parts to sell as rhinoceros, which is distantly related to the tapir and highly sought-after in the illegal wildlife trade.

“Malayan tapirs don’t have horns but they are these beautiful, stocky creatures that are black and white all over, with long, anteater-like noses. They’re herbivores and grazers that grow to a few hundred kilos and are highly elusive considering their size.

“Sumatra’s tapirs are vital to forest habitats because they consume a lot and travel long distances, cultivating new growth through seed dispersal as they go.

“I’ve always loved tigers but they are a part of a whole ecosystem full of amazing species which need help. Tapirs are an incredible animal and not many people realise they exist.”

Ms Campbell is continuing the research this year in a USC Honours degree with Senior Lecturer in Animal Ecophysiology Dr Christofer Clemente, who was principal supervisor of the project.

Dr Clemente, who runs the evolutionary biomechanics laboratory at USC, said the journal publication was “a huge deal for an undergrad project”.

“It recommends immediate assessment of the Sumatran population of Malayan tapirs to accurately determine their status,” he said.

“It’s believed there are fewer than 2,500 tapirs left in Asia and our research will expand global understanding of threats to the tapir and help Kerinci Seblat National Park management in its decision-making and work against poachers.”

The study, which covered a four-year period from 2012, also involved Deborah Martyr of Fauna and Flora International in Cambridge, UK, and Dian Risdianto of the Ministry of Environment and Forestry in Jakarta, Indonesia.

Ms Campbell, who enrolled at USC in 2015 to broaden her knowledge about biodiversity, ecology and conservation, said she enjoyed learning about the protected, nocturnal tapir and its ecological role in Sumatran forests during this research.

She will study Honours part-time on campus at Sippy Downs and overseas in the hope that the research will contribute to long-term data sets and monitoring of the Malayan tapir population. 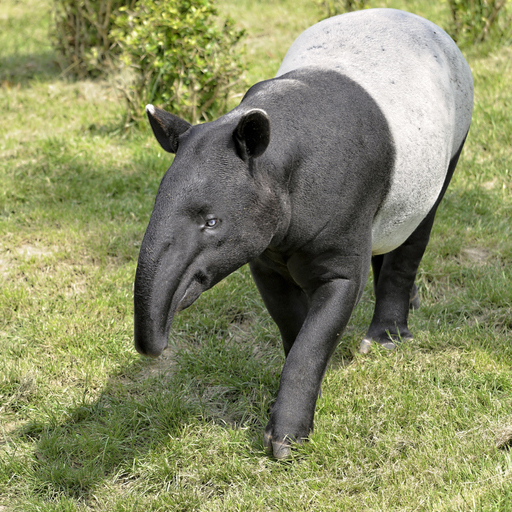