A spur of the moment chance snap of one of Australia’s most-loved small birds has delivered big results for amateur photographer and USC student Jordyn Colquhoun.

“I was sitting near the Sippy Downs dam at USC’s Sunshine Coast campus and was just about to leave when this little bird flew in front of me, scavenging for food, and I took a chance to snap the photo,” Jordyn said.

The stunning image of the vivid blue and white bird juxtaposed with a bright yellow background has earned Jordyn, who is doing a combined Education/Recreation and Outdoor Environmental Studies degree, $1,000 in prize money and a $500 voucher from Ted’s Camera Store. 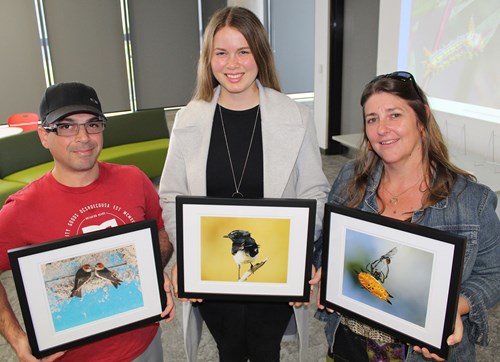 The annual competition is held in honour of the late USC Honorary Senior Fellow Gerard Mills, and is open to USC student photos of wildlife taken on any USC campus. 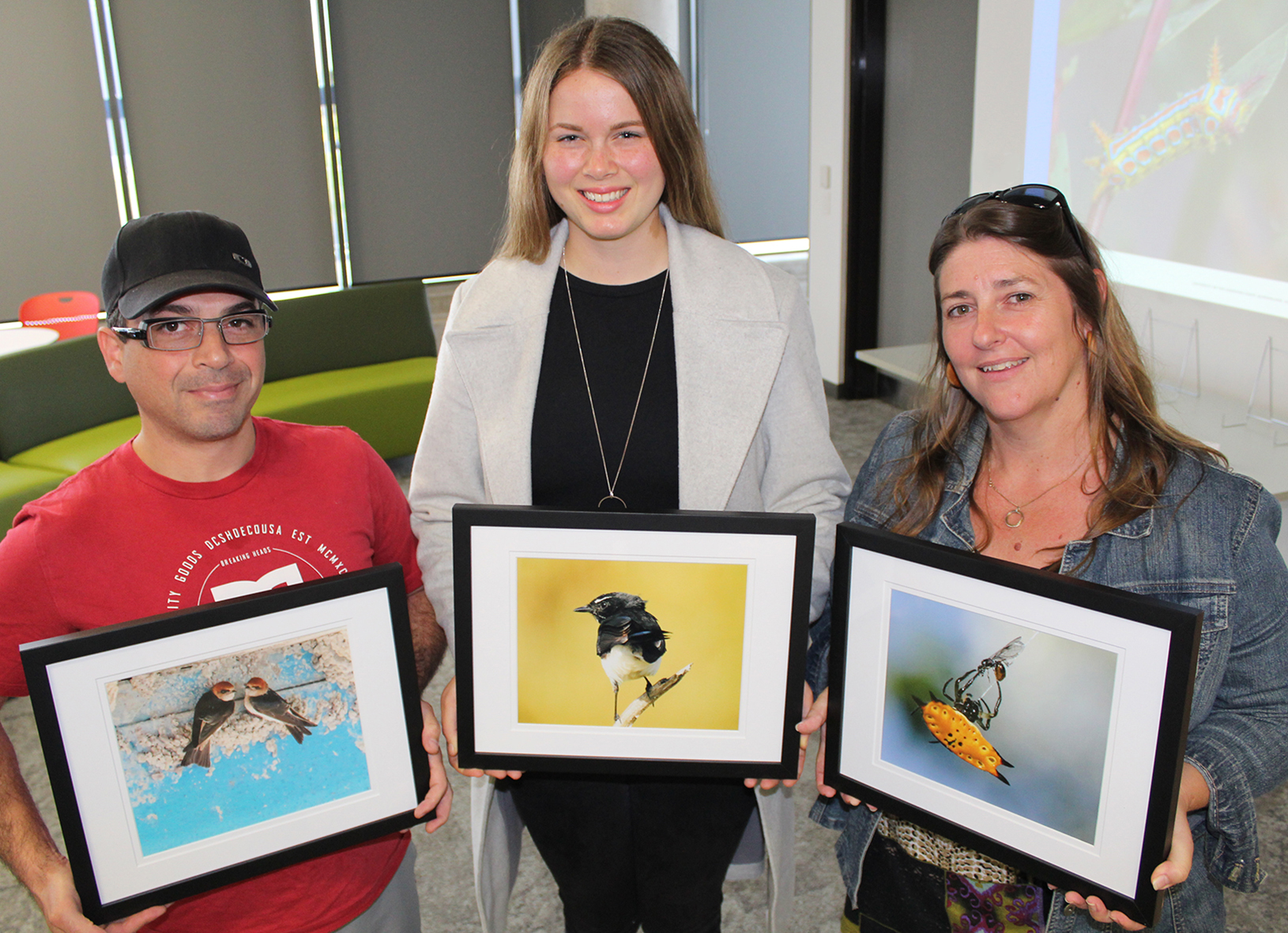 The 2019 winners were announced at a special reception this evening (Thursday 10 October) at USC’s Sunshine Coast campus.

For the second year in a row, Design student Bernice Wood took out second place in the competition, winning $300 cash and a $300 Ted’s Camera Store voucher for her photo of a spiny back orb-weaver spider about to eat prey caught in its web.

Third prize ($200 cash and a $200 voucher) went to Design student Ronald Sayegh who captured two small swallows who had built a nest on a barbecue near the lake on campus at Sippy Downs.

Now in its third year, the Gerard Mills Memorial Prize for Wildlife Photography attracted 71 entries from 29 students across three of the five USC campuses, including Sunshine Coast, Fraser Coast and Caboolture.

All entries can be viewed in this year’s Gerard Mills Memorial Prize for Wildlife Photography gallery. 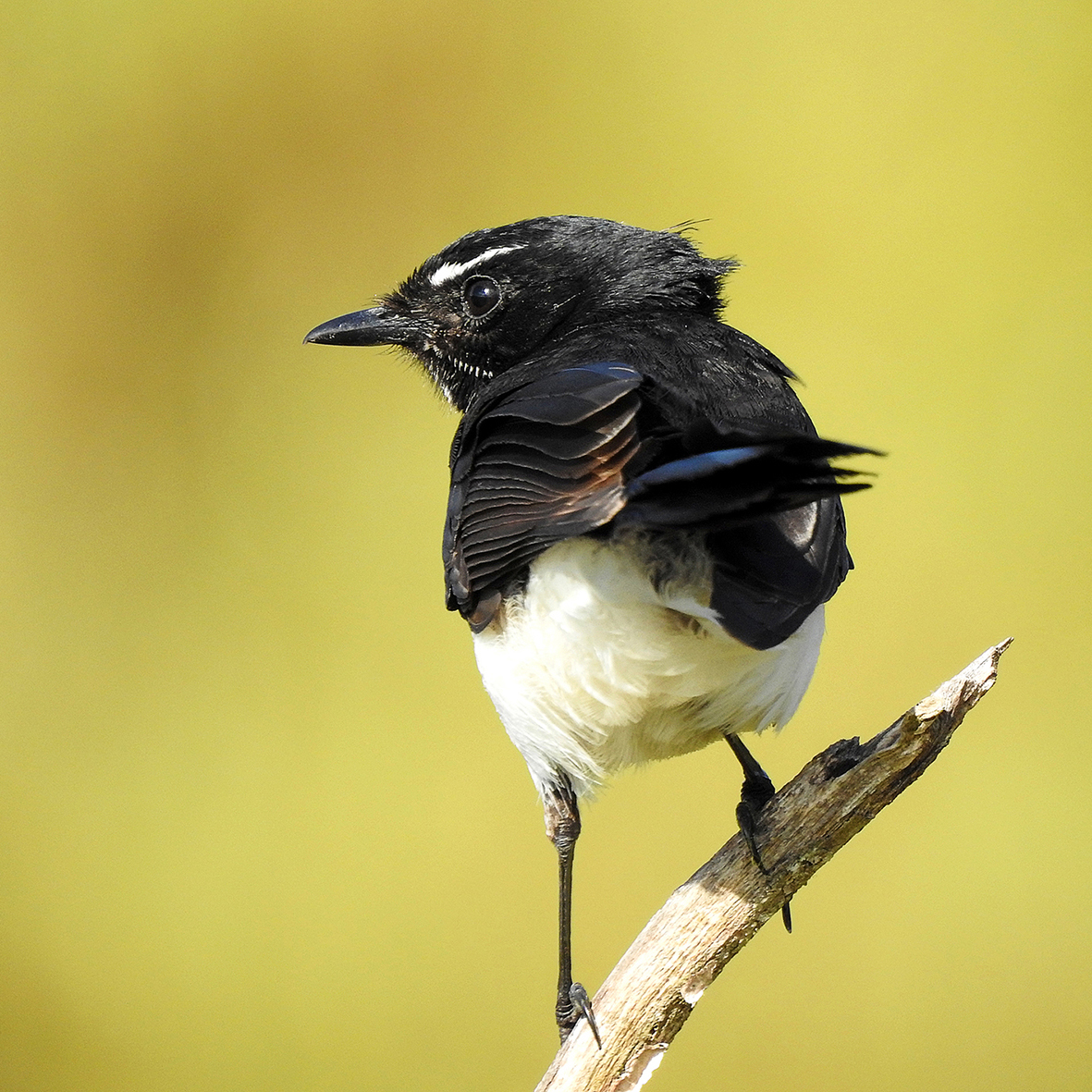