Eleven baby emus emerged from eggs at USC Sunshine Coast campus at the weekend, as researchers worked on a technique that could end the emu gender guessing game.

USC PhD student Clancy Hall, supervised by Dr Gabriel Conroy, has been working on a way to determine genetic sex in the notoriously dark and thickly-shelled eggs of the cassowary and emu, and she’s getting close to an answer.

“The technologies are already out there for sexing of bird eggs through DNA blood testing, but the problem is you can’t see the vascular system in emu and cassowary eggs because of the dark nature of their shells,” Ms Hall said.

So, while this year’s brood was a lucky dip, she says they are hopeful of having a technique ready to predict the genetic sex of next year’s nest, due in May depending on the rainfall.

“It comes down to a new way we use light on the eggshell to illuminate a blood vessel from which a small blood sample is taken for DNA analysis,” she said.

In particular, she hopes the work will assist in the fight to protect the Southern Cassowary and the Coastal Emu, which are endangered species.

“There are only 40 to 100 Coastal Emus in Central and Northern New South Wales, so this technique could help build a robust captive insurance population to later return to improved areas of wild habitat” Ms Hall said.

“Conservation management requires strategy to maximise the sustainability of the population. In captivity, the recommended ratio for cassowary is one female to two males so she can select her mate, so the goal is to ethically hatch a desired sex.”

Ms Hall said her work stemmed from a passion for Australia ratites, which have been walking this planet for about 60 million years.

“We are really happy with how it’s going. It’s something I have been thinking about for years so it’s nice to do some formal trials.”

A link to the research is here.

The research was an example of numerous animal ecology projects at USC aimed at boosting populations under threat.

USC rates ‘well-above world standard” for ecology and zoology research in the Excellence in Research for Australia evaluation by the Australian Research Council. 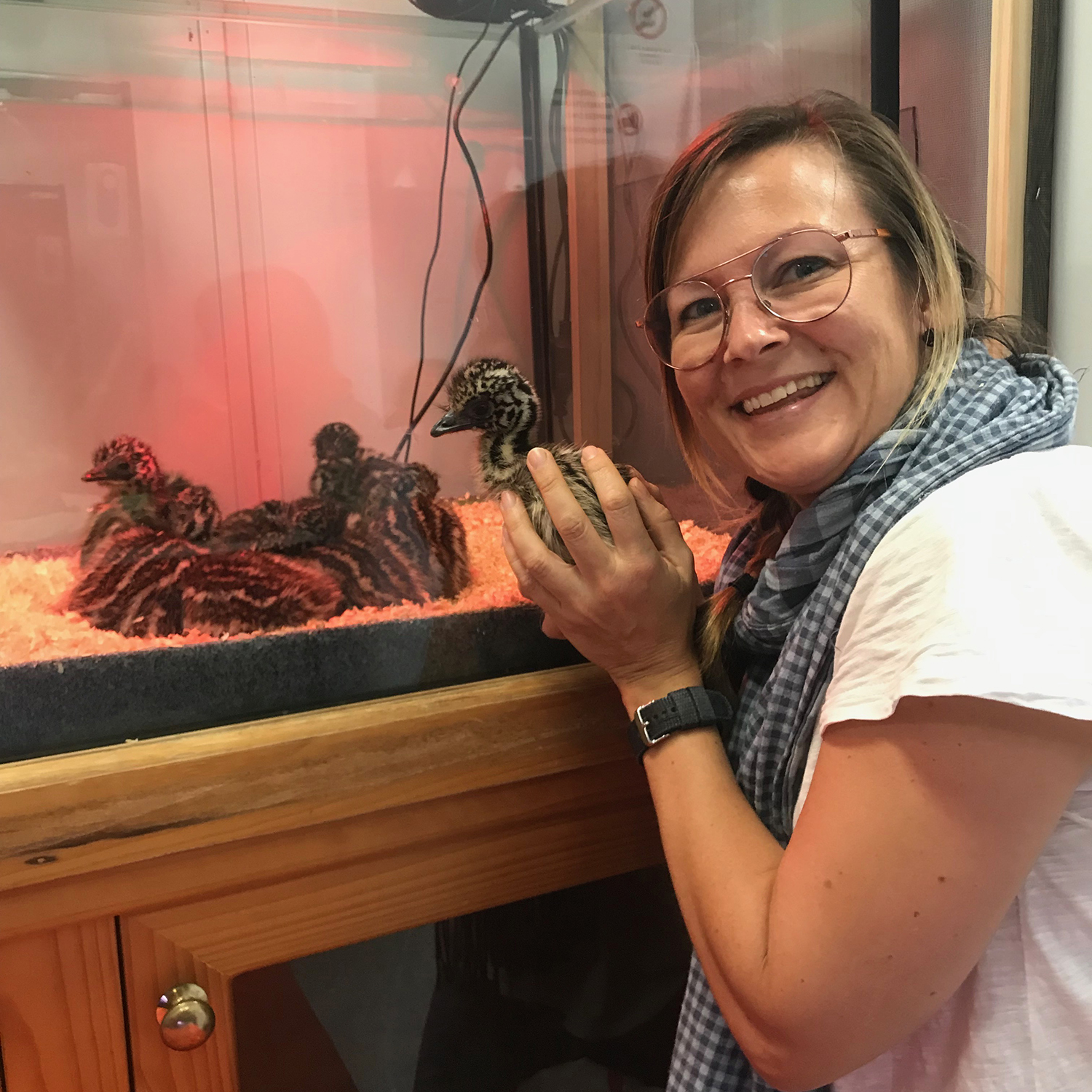