USC law graduate Peter Littlejohn will happily be accused of having some impressive career goals.

On track to be officially admitted to the Supreme Court as a solicitor in December, the 22-year-old from Enoggera in Brisbane’s north-west, has set his sights on becoming a criminal law barrister.

“It’s such a competitive field but I can’t imagine doing any other type of legal work,” Peter said.

“Every day is different and you’re in the courtroom, on your feet, advocating for those who have placed their trust in you,” he said.

“The variety in criminal law means every new task is unique and interesting and I feel confident that the skills in research and legal writing that I gained studying at USC will help me chase that goal.”

Peter, who attended St John’s College in Nambour, graduated from USC with a Bachelor of Laws on 26 September and is currently working as a law clerk with a criminal law firm at Redcliffe.

“My clerkship actually came about due to a friend I met in my first year at USC,” Peter said.

“He graduated much earlier than I did, and when I met him while he was practising during my internship at the Maroochydore Magistrates Court, he offered me a place at his firm to get my hours up for my work experience component.

“I’m loving the work and enjoy getting to attend court with Counsel, work on briefs, take client meetings and draft submissions.

“As someone with an interest in access to justice, I also like working on Legal Aid matters as it’s a great way to help those who otherwise couldn’t afford good legal representation.”

Peter said when he found out in his final year of high school in 2014 that USC was offering the degree for the first time, he knew his fate was sealed.

“I had my heart set on being a lawyer, but I really didn’t want to study away from home, so it was a pretty great day for me when it became possible to study law at USC,” he said.

“The chance to stay close to friends and family and maintain my social life while I started university was a great combination.

“The USC Law department’s wealth of knowledge and willingness to help also really jump-started my studying and I feel like I received a well-rounded education thanks to the wide variety of electives offered that allowed me to explore niche areas.”

Applications to study at USC in 2020, including at USC’s new Moreton Bay campus at Petrie, are now open via QTAC. For more information on how to apply, go to www.usc.edu.au/learn 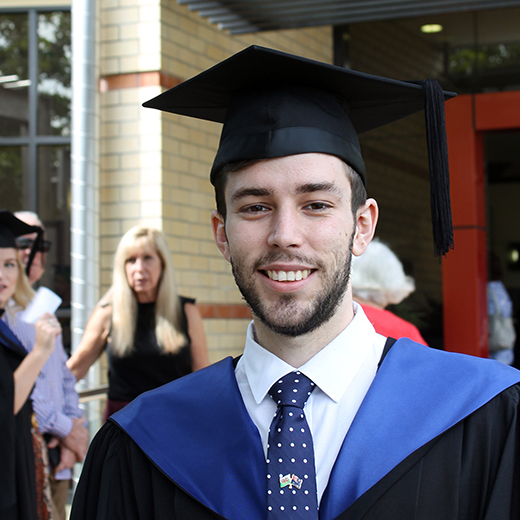