A compilation of original songs produced by USC students for an assessment project has been digitally released this week and will be performed live at a free launch event on campus tomorrow evening (Thursday 30 May).

Four students of the subject ‘Creativity, Design and Communication Project’ banded together by combining their musical, design and business skills to produce ‘Coastal Collective – Volume 1’.

It features 10 songs in the broad genres of singer-songwriter and alternative rock recorded by undergraduate USC Music students in the University’s new recording studio.

The album is available online through iTunes, Googleplay, Youtube Music, Spotify, Pandora and Soundcloud, and the live launch of the CD will be held from 6-8pm tomorrow (Thursday 30 May) at the USC Brasserie stage.

The compilation includes the track ‘We Sing One Song’, which was written and performed by USC Music students for the Sunshine Coast Council’s recent Harmony Day event at Cotton Tree.

“The goal has been to gain real experience of releasing music to the world via a digital medium – to take a professional music product to market,” Melinda said.

“The entire album was a joint student effort with some production and mastering support from Music course coordinator Andy Ward.”

Melinda said the album launch will showcase the recorded songs, introduced by each songwriter, and include live performances of other songs they have written.

“They have the chance to pitch their own ideas and run with them ¬– with guidance from industry and academics,” she said. “It helps to build a bridge to industry and provides a space for them to develop an authentic real-word project that allows them to be really creative and autonomous.

“Coastal Collective is an excellent example of a successful student-led project. These students have taken on a huge challenge and have done an amazing job of pulling it all together.” 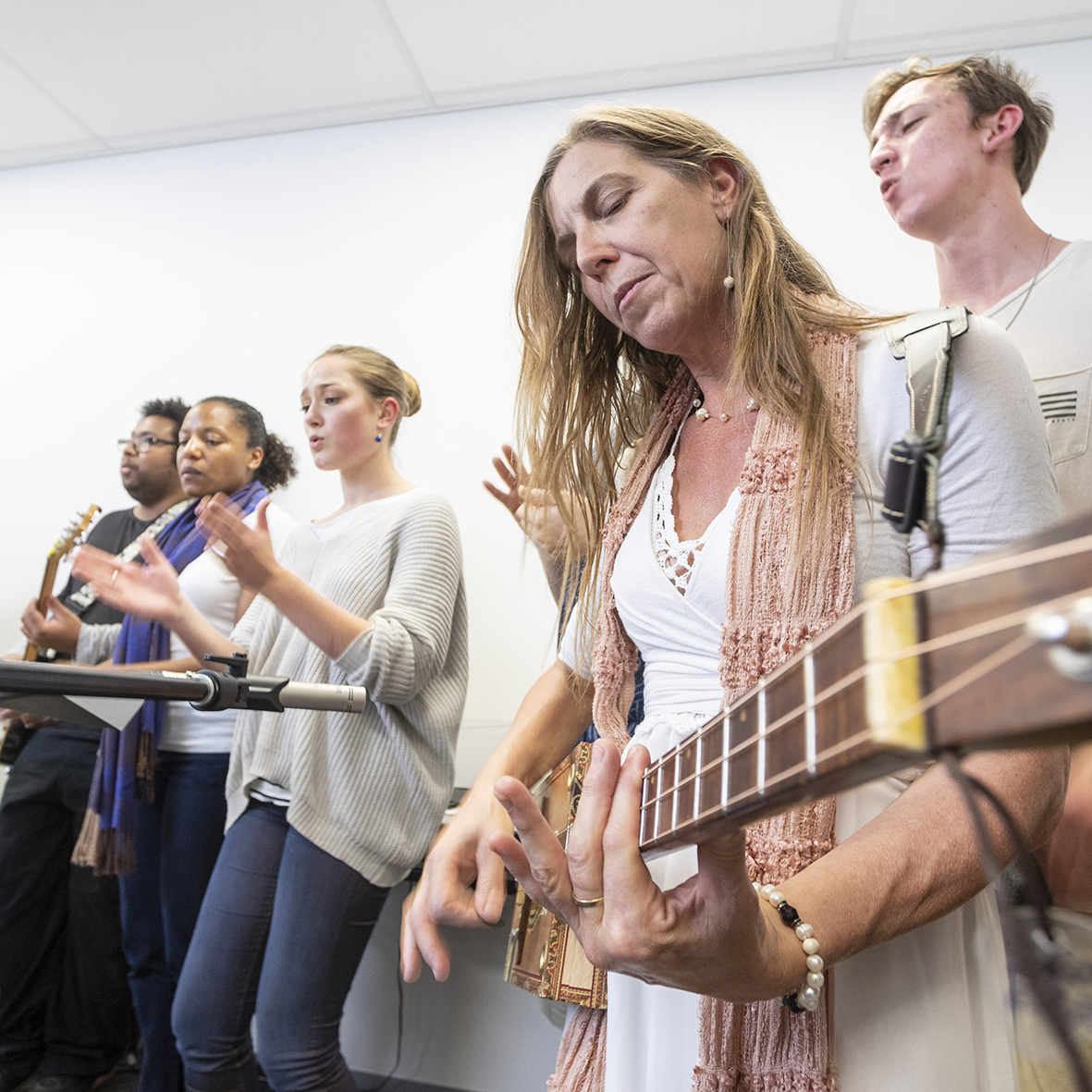