A lively discussion on gender representation in the fields of science and nursing was the highlight of USC Fraser Coast’s International Women’s Day Lunch on Friday 8 March.

USC Fraser Coast academics spoke on female representation in global scientific societies and the benefits of encouraging men and women to become nurses.

Lecturer in Animal Ecology Dr Dominique Potvin, a zoologist who specialises in the evolution of vocalisations such as birdsong and the impact of urbanisation on vertebrates, said her research indicated that female scientists had a long way to go in the bid for gender equality.

The global snapshot of more than 200 scientific societies last year found that women made up one-third of zoological societies’ board members and filled just one in four executive leadership positions.

The collaborative study found that Australasia led the way in the number of female board members and executives at 43 percent compared to 25 percent globally.

Lecturer in Nursing Chris Kingswell, a clinical emergency nurse with experience in regional hospitals and with Australian Army peacekeeping operations overseas, discussed nursing as a career choice for men and women.

USC Caboolture will host a morning tea on Friday and USC SouthBank will hold an afternoon tea on Friday. USC Gympie had a High Tea on Monday. 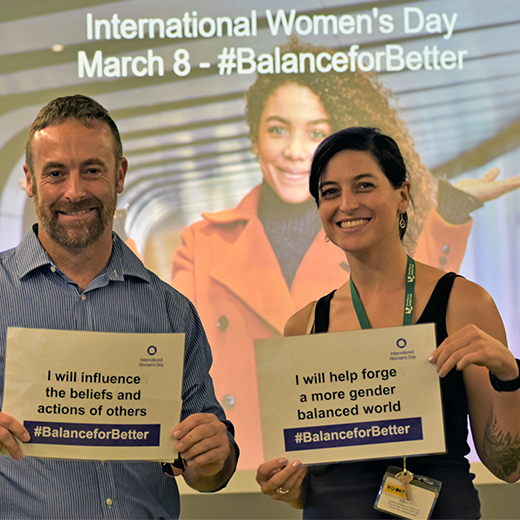