Six 2018 graduates from Burnside State High School have earned prestigious scholarships from the University of the Sunshine Coast.

Science student Eden Danielsen-Jensen and Journalism student Tamika Francis were recently announced as recipients of the University’s highest scholarship honour – Thompson Excellence Scholarships worth up to $32,000.

And four of their former classmates – Grace Smith, Chloe Domjahn, Kane Howlett and Grace Knight – have been awarded Vice-Chancellor’s Merit Scholarships, worth up to $12,000 each.

Together they make up the largest group of students from any one school sharing in the 38 first-semester scholarships presented to commencing students at USC this year.

Nambour’s Kane Howlett said he was looking forward to the challenge of completing both a Science degree and a Science Honours degree in just three years under the University’s accelerated Deans Scholars program.

“I have a deep love for mathematics, physics and how the universe operates,” Kane said. “I hope to gain a PhD in pure mathematics and be involved in all sorts of algebra-based research.

“USC was always my university of choice because of how supportive it is and the focus on nurturing student talent.”

Grace Knight of Diddillibah has started a Bachelor of Biomedical Science with plans to become a doctor.

“I chose USC because it’s so close to home and the link to the postgraduate degree offered through Griffith University’s Doctor of Medicine program at the Sunshine Coast University Hospital was a big drawcard,” she said.

Chloe Domjahn of Nambour is studying a Bachelor of Nursing Science to pursue her love of helping and caring for people.

“When I received my scholarship, both my family and I were very pleased,” she said. “The extra financial support made it easier to afford all my textbooks and I didn't have to worry about trying to find second-hand ones.”

And Woombye’s Grace Smith, who has already joined the USC Quidditch team, graduated with an OP1 and has chosen to study Animal Ecology at USC.

“I love research and would love to become part of a research group focusing on marine animal and ecology,” she said. 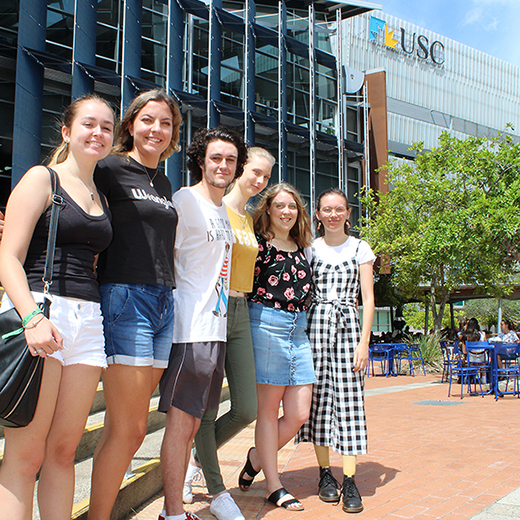