The competitive gymnast from Hervey Bay is the first Fraser Coast student to qualify for USC’s High Performance Student Athlete (HPSA) program that assists athletes to balance the demands of training and competition with study.

The 28-year-old, whose goal is to become a doctor, is scoring outstanding university results as she trains up to 13 hours a week to compete against some of Australia’s best athletes.

“I am definitely putting my hand up for another attempt at the next season of Australian Ninja Warrior,” said Amy who relied on her gymnastics background to reach the semi-finals of the challenging obstacle course competition last year.

She is also preparing for four other state and national gymnastic competitions this year.

“This includes the Queensland Masters Gymnastics Championship in which I placed first overall in 2017, and third last year, and trying to better the second place overall I gained in the Australian Masters Games in 2017,” Amy said.

The elements required for high-level gymnastics – balance, strength and timing – are also helping Amy juggle the demands of sport, study and family.

“Being the mother of two young girls, the secret to staying on top of everything is keeping my priorities in order and good time management,” she said.

“This year I will also have access to academic, financial and sports-related services through USC’s High Performance Student Athlete Program which will be so valuable.”

USC Vice-Chancellor Professor Greg Hill said the program has assisted more than 150 elite and emerging athletes since it started in 2017.

“We’re building the ultimate environment where high performance and emerging athletes can flourish supported by world leaders in coaching, performance development and sport and exercise science research,” he said.

Amy, who started as a gymnast when she was six-years-old, said being a good role model for her daughters was her inspiration to succeed.

She was working as a Wide Bay gymnastics coach when she decided to enrol in the Bachelor of Nursing Science at USC’s Fraser Coast campus as a stepping stone to a medicine degree.

“Becoming a doctor is my ultimate goal. I don’t know how long it will take me but I am determined and motivated enough to get there,” Amy said.

“I could not imagine a more rewarding career than one that positively impacts the lives of other people on a daily basis.” 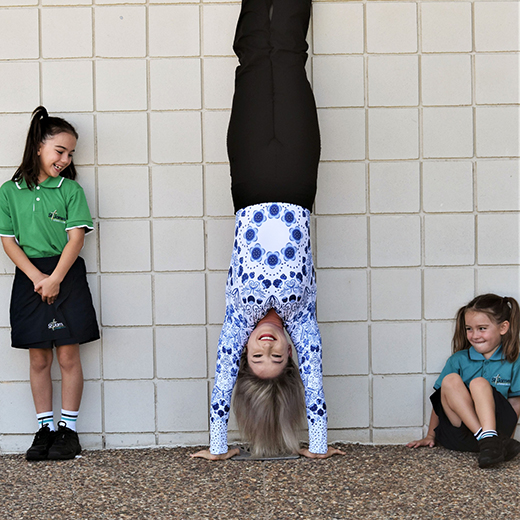 A Hervey Bay mother, whose daughter has undergone two open heart surgeries in the first two years of her life, is using a free USC university skills course as the first step towards a career as a paediatric nurse.

An Indigenous father and daughter who recently graduated together from USC Fraser Coast share the same career aim ­­­– to make a difference in people’s lives.