Noosa’s Scott Williams believes education offers a “lifetime return on investment”, which has led to him donating to universities - including USC – for more than 20 years.

The USC Deputy Chancellor has been named Queensland’s Higher Education Philanthropist of the Year by the Queensland Community Foundation.

USC Vice-Chancellor Professor Greg Hill said the award was a wonderful recognition of the generous work through the Scott Williams Foundation, which had generated $375,000 to help students attend university on the Sunshine Coast and in Central Queensland.

“Scott gives back to his community by supporting young people. He meets with each of the recipients, encouraging them to make the most of their studies and find ways that they can also give back,” Professor Hill said.

Mr Williams said he did not feel particularly exceptional, as there were many others who donated to USC on the basis of what they could afford to give.

“I’m impressed by those who donate who aren’t necessarily affluent, but they offer what they can to help students chase their dreams,” he said.

“I see education as offering a lifetime return on investment and one of the most satisfying things is to know that a student, who may well have dropped out of university for a want of a few dollars, can be supported to stay on course to pursue a better career.”

Mr Williams moved from New South Wales to Noosa eight years ago, a decision based on fond childhood memories of school holiday visits in the 1950s and ‘60s.

“It’s great to come back here to live and I guess I want to help the students in the area where I live now.”

Since 2016, Mr Williams has provided funds to USC to support Business degree students in financial need in the Noosa Shire region. By the end of 2018, his support had assisted 40 USC students.

He also donates to the Smith Family Kids, which helps disadvantaged children get the most out of their education. 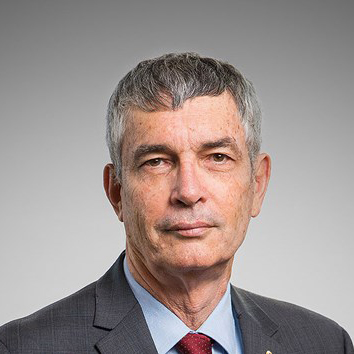 USC has won a national award for a fundraising campaign that raised almost $280,000 to find solutions for mental health challenges, help koalas devastated by bushfires and disease, and support financially disadvantaged students.