Creative academic proves writing is not a lost art - University of the Sunshine Coast, Queensland, Australia

Creative academic proves writing is not a lost art

In a society focused on winning, in love and war, the latest book by USC Creative Writing academic Dr Paul Williams offers a new perspective: The Art of Losing.

The Senior Lecturer’s 10th book is a collection of his internationally-acclaimed, published short stories that use humour and pathos to show upheavals in characters’ lives across Australia, Europe and South Africa.

Dr Williams said the works were fiction but often based on true stories, prompted by personal experience or the experiences of friends, acquaintances and strangers in the news.

He said the title story, about a former co-worker who lost his home in the Lockyer Valley floods of 2011, had connected with many readers including residents of the area who attended the recent book launch at the USC Art Gallery.

“I was astounded to watch my friend deal with his loss almost cheerfully. He lost everything but kept smiling,” Dr Williams said.

One of the short stories, Green Island, is about an Iraqi policeman who escaped a bomb blast that killed his daughter and moved as a refugee to Australia, where he told Dr Williams his story of resilience.

Cicadas centres on four young white men called to serve in the South African military under the apartheid regime in 1986. Dr Williams, who grew up in Zimbabwe, wrote a 2008 memoir about his time serving as a conscript, including the stress of loss and trauma.

And Happy Birthday Frank, which won a Perilous Adventures magazine competition, has plenty of lighter moments as a lovelorn young traveller searches for a mystery woman on a train in London.

Dr Williams, who has worked at USC for eight years and has a PhD in Creative Writing from the University of Wisconsin, said the stories reflected the “art” of dealing with loss.

“The message is that losing can be a step to something better,” he said. “You lose the battle but win the war. Loss is an inevitable process but, if you take action, it can make you stronger and that’s something that can be applied to all aspects of society.

“For me, the act of writing about loss is the art. That’s how I make sense of it. At USC, this is what I’m teaching students in a short story writing course – that their creative work can be cathartic.”

The Art of Losing is published by Bridgehouse Publishing, UK. 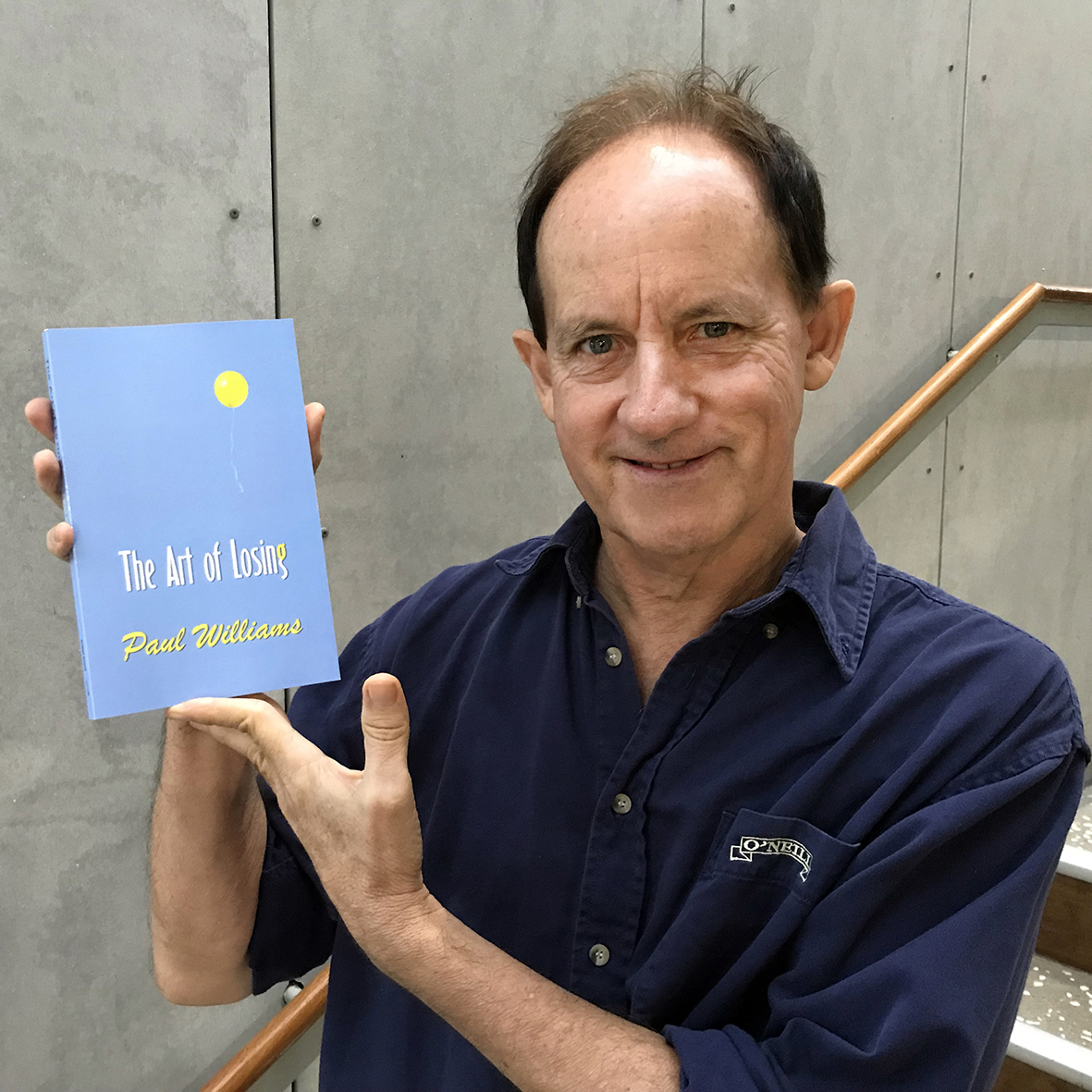