Academic ace plans to use cyberspace for good - University of the Sunshine Coast, Queensland, Australia

Academic ace plans to use cyberspace for good

Christie Franks graduated from USC with not just an outstanding academic record, but also a passionate plan to one day use technology to help refugees and stateless people settle into new countries.

The Sunshine Beach mother of four completed her Bachelor of International Studies with a GPA of 6.824 and is now using her computer clout to analyse cybercrime as a Cyber Security Analyst at national cyber support service IDCARE.

But she hopes to eventually return to study and dig deeper into how governments around the world could use technology to assist refugees and stateless people in establishing their identities digitally, and she’d like to complete a PhD on the topic.

“If you were forced to flee your home country with nothing but your kids and what is in your pockets, how do you identify yourself when you are trying to resettle in a new state?”, Ms Franks said.

“Stateless people are not recognised anywhere. You can’t get accommodation, education or employment without a verifiable identity. It also increases risk of further exploitation out of desperation to acquire the most basic needs for yourself and your family.”

“You need identity verification and, if the international community could agree on a digital way to manage this, it would be possible to create a solution allowing countries to register and share identity information to expedite refugee settlement.”

Ms Franks was attracted to the cause through volunteering in places that included post-earthquake Nepal and Cambodia during the course of her study.

Ms Franks said studying with children wasn’t always simple, but she found her way through by setting multiple alarms, prioritising study and working through the “noise and the chaos”.

Her husband, Leigh Franks, is a high school teacher and also an academic currently pursuing a PhD through USC. His research is working with the Indigenous people of the Maar Lakes region near Cairns to link Australian Aboriginal oral histories with volcanic geochronology.

Ms Franks said while she plans to eventually return to study, she is enjoying crunching data at IDCARE, monitoring trends in cyber fraud as part of a broader support network for victims of identity theft and cybercrime.

“I’ve always been interested in criminology and law enforcement, and the importance of the work at IDCARE is supporting people who have been affected by identity theft or online criminal activity,” she said. 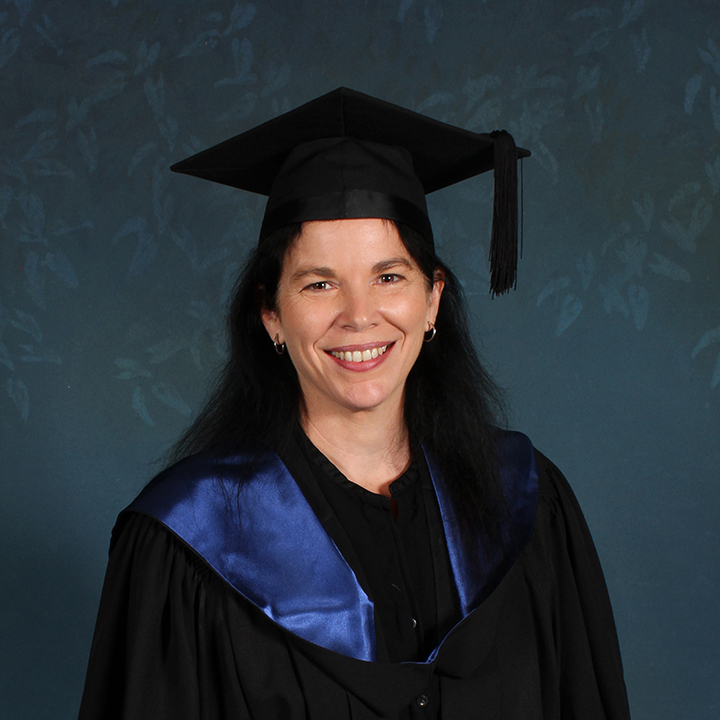