Bundaberg OP1 student Indy Burt hopes a lifelong fascination for old bridges and buildings – combined with an interest in languages – will be his ticket to an engineering career that takes him around the world.

The Bundaberg State High School senior dux who begins a Bachelor of Engineering (Civil) at USC’s Sunshine Coast campus next month plans to specialise in structural engineering when he graduates.

“I have travelled many places with my family and have always been amazed by structures that have been engineered to last for hundreds and hundreds of years,” Indy said.

“My interest in engineering was first sparked by an Industrial Technology and Design subject in Year 8 which reinforced my desire to work as a civil engineer, designing and building new structures,” he said.

The 17-year-old said he was open to the many career opportunities offered by USC’s Engineering Honours program but topping his wish list was a job a with global engineering company GHD, which operates across five continents and has a branch in Bundaberg.

With his eyes on an international career, Indy decided learning a second language would be a considerable advantage and studied Japanese during high school.

His impressive results in senior year included top awards for Japanese, English, Maths B and C, Physics and Legal Studies and guaranteed him the pick of universities, however he said choosing to study at USC was a “no brainer”.

“Throughout school I visited universities in Brisbane, however I knew city living did not suit me and was expensive for students,” he said.

“I visited USC’s Sunshine Coast campus with my school Japanese class and I thought that it was the perfect size and had modern facilities.

“I returned for Open Day last year and everything started to fall into place, so I chose USC as my first preference and was successful in gaining an early offer guarantee even before the release of OP scores.”

Indy said he was keen to experience the new opportunities that the University offered, starting with Orientation Week on 18 February.

“I am looking forward to meeting new people, having new experiences and studying something that I really enjoy.”

Applications are still open to study at USC in 2019. 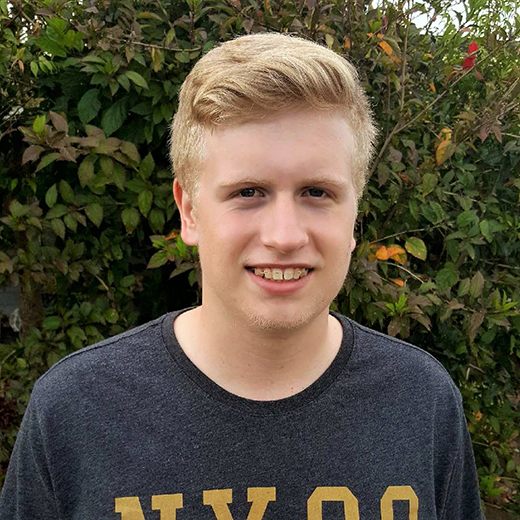