Hollie and Renee to be partners in crime studies - University of the Sunshine Coast, Queensland, Australia

Hollie and Renee to be partners in crime studies

Two high-achieving Bundaberg school friends are taking their mutual interest in true crime documentaries to the next level by studying Criminology and Justice together at USC.

Former Kepnock State High School Captain Hollie Cooper will begin a Laws/Criminology and Justice degree, while classmate Renee Nielsen will combine her criminology studies with a degree in Psychology.

“It's so much easier to think about conquering the world when you have a friend at your side. I know that I can count on Hollie to be there for me, and she can expect the same of me,” said Renee, who achieved an OP3.

OP2 recipient Hollie said everything had fallen into place for the friends who shared drama and legal studies classes at school.

“It’s a big relief to know I'll have a close friend right from the get-go to talk with about everything,” she said.

They bonded early in their school years over crime books, movies and a love of acting and now the two friends are also connected by similar goals and career aspirations.

“I'm really driven by the dream of having a career that gives me a sense of making a positive impact on the lives of others in a big way,” said Hollie, who hopes her double degree will lead to a vocation in advocacy law, youth justice and child safety.

“My main goal in life is to help people,” said Renee. “I hope to eventually own my own business that incorporates my goals and the skills that I gain from studying and working in Psychology and Criminology and Justice.”

Both are looking forward to starting their university experience at USC’s Sunshine Coast campus when Orientation Week starts on 18 February.

“I'm really excited to meet new people and be more in charge of my own routines and studies,” Hollie said.

“I chose USC because I was immediately drawn to the sense of community and all the wide-open spaces when my high school visited the campus as part of a tour to major universities.”

Renee said the school’s tertiary tour to USC also helped cement her thoughts about attending the University. “USC felt a lot more personal than the larger universities down in Brisbane,” she said.

“I am excited to start. Anything that stimulates my brain, I enjoy. This new chapter of my life will definitely bring new challenges and I can't wait to tackle them.”

Applications are still open to study at USC in 2019. 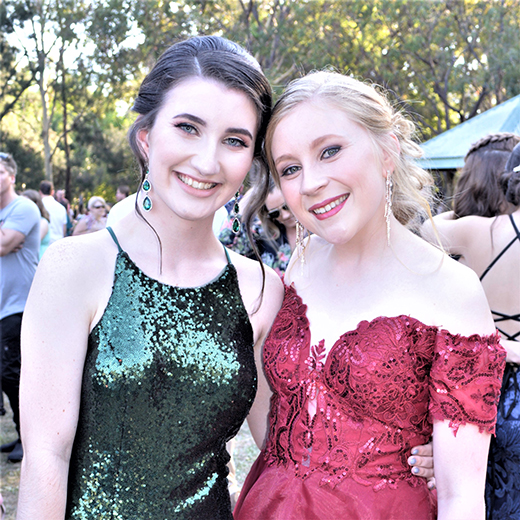