For Dani McAlister, her USC Social Science degree has led her to a job that changes people’s lives.

In 2018, when she was working as a senior manager for a multicultural support agency, there was a moment when this realisation really struck home with her.

A family of 16 – a mother and father with eight children of their own, plus four nieces and nephews in tow – had just arrived in Australia after spending 10 years waiting for resettlement in a Tanzanian refugee camp.

Fearing for their lives, the family had left everything behind and fled their home country of Congo.

Now in Australia, the family who had already endured so much feared they wouldn’t be able to live together because there would be no home large enough to house them all.

Dani, who was working for refugee resettlement organisation Multicultural Development Australia (MDA), worked with her team to locate a property with two dwellings, allowing the family to stay together.

The family were of course thrilled with the news.

However, the experience also left a lasting impression on Dani – just one of many that she has experienced while working with an organisation that has helped 1,306 refugees resettle in Australia in the 2017-18 financial year alone.

“I met countless families who were so overwhelmed with the idea of having their own home after their homes in their country of origin had been taken from them,” Dani says.

“I am inspired by the resilience of others who have journeyed through experiences I could never imagine and found ways to excel in their areas of interest.”

After completing a USC Bachelor of Social Science (Honours) in 2015, Dani joined not-for-profit MDA and in just three short years managed to progress through roles such team leader, program manager and senior manager.

She credits a significant component of her quick career trajectory to the “exceptional teaching” she received at USC.

“I doubt I would have gained the knowledge and felt prepared for my career experiences without the support of teachers such as Dr Harriot Beazley, Dr Cate Morris, Dr Pete Innes and Dr Phillip Ablett,” Dani says.

In terms of the future, Dani’s already pushing forward onto a new horizon, moving to the UK where she is studying at the University of London to further her credentials in areas of migration and refugee resettlement.

While still working part time for MDA, she’s hoping to complete a PhD on the experiences of refugee children in Lebanon while awaiting resettlement, and how they find strategies to create belonging.

“I am particularly interested in how children utilise resilience and create places and spaces to belong despite being in a protracted situation,” Dani says.

“I chose this topic due to my work in the refugee space in Australia, and my interest in human movement, migration and children and young people.

“I believe children and young people have a lot to contribute to the ways they are supported in a refugee situation but aren’t often given the opportunity to represent their own views.”

It might sound like Dani has her future all mapped out. But, talking to her, it’s clear she’s happy to let her interests guide her future.

“I’ve found my interests evolve as I learn, and career opportunities are a result of connection, being curious and hard work.

“I also found my set plan had very unrealistic goals, which left me disappointed if I didn’t achieve them, and I sometimes missed the joy and excitement of a different opportunity.”

“My biggest advice to anyone would be to show initiative in whatever opportunity you get.

“Doing this has afforded me a lot of other chances to show skills when people realise I am dedicated and passionate about what I set my mind to.”

It’s good advice from someone who clearly knows from experience. 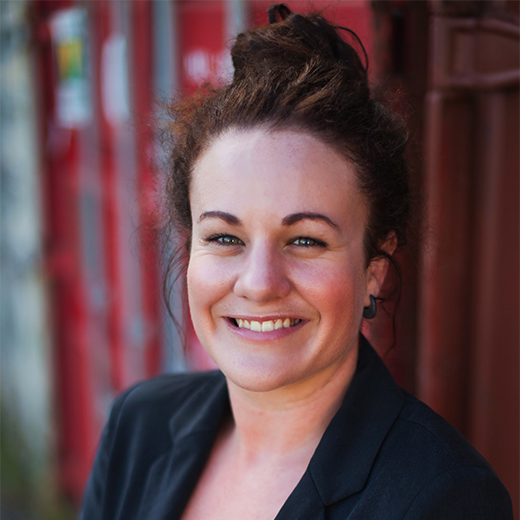