Five USC Social Media students have taken their skills to the streets of Mumbai to help two organisations – one working with women and children in the red light district and the other promoting performances of a specialist acrobatics art.

Cinty said it was rewarding to brainstorm with her colleagues about ways to help the anti-trafficking organisation Apne Aap Women’s Collective make a difference to the lives of women and children in the red light district.

“The group wants to expand awareness of its goals and improve engagement with donors and volunteers, so we did a report on its social media performance and presented the results,” said the former nurse.

“We offered different ideas, using what we’d learned in our USC course. Social media is such a powerful tool for an organisation or business, a really useful way to get a message out.”

“One of the agencies promotes Bollywood movies and we’d just seen a movie (Kabir Singh) they promoted at the cinema,” she said.

“It was so useful for me because I enrolled at USC to learn how to boost the marketing of my family’s property sales business.”

Amy also had her career in mind while gaining a new perspective in India.

“Presenting the social media audits to the two organisations gave me confidence in my abilities,” Amy said.

“I’ve since had the confidence to apply for a full-time marketing role with an e-commerce business, Noosa-based Saya Skincare – and I secured it!

“I started this month and it’s great because the owner Saya McDermott is also a USC alumnus. She graduated with her Arts (Marketing and Business) degree in 2003.”

Amy said a highlight of the study trip was assisting the members of the Mallakhamb India performance group.

“The first afternoon we were there, the talented athletes showed us some of their amazing sport in a private performance in the dirt playground of a primary school with tall apartment blocks around us. These boys and girls twisted and turned midair on a rope and contorted and balanced on poles. They were gracious enough to let us have a go, with much laughter.”

The three other USC Communication students who attended the trip were Ashleigh Johnson-Moody of Maroochydore, Madeleine Conlan of Kallangur and Tia Somerville of Dakabin. 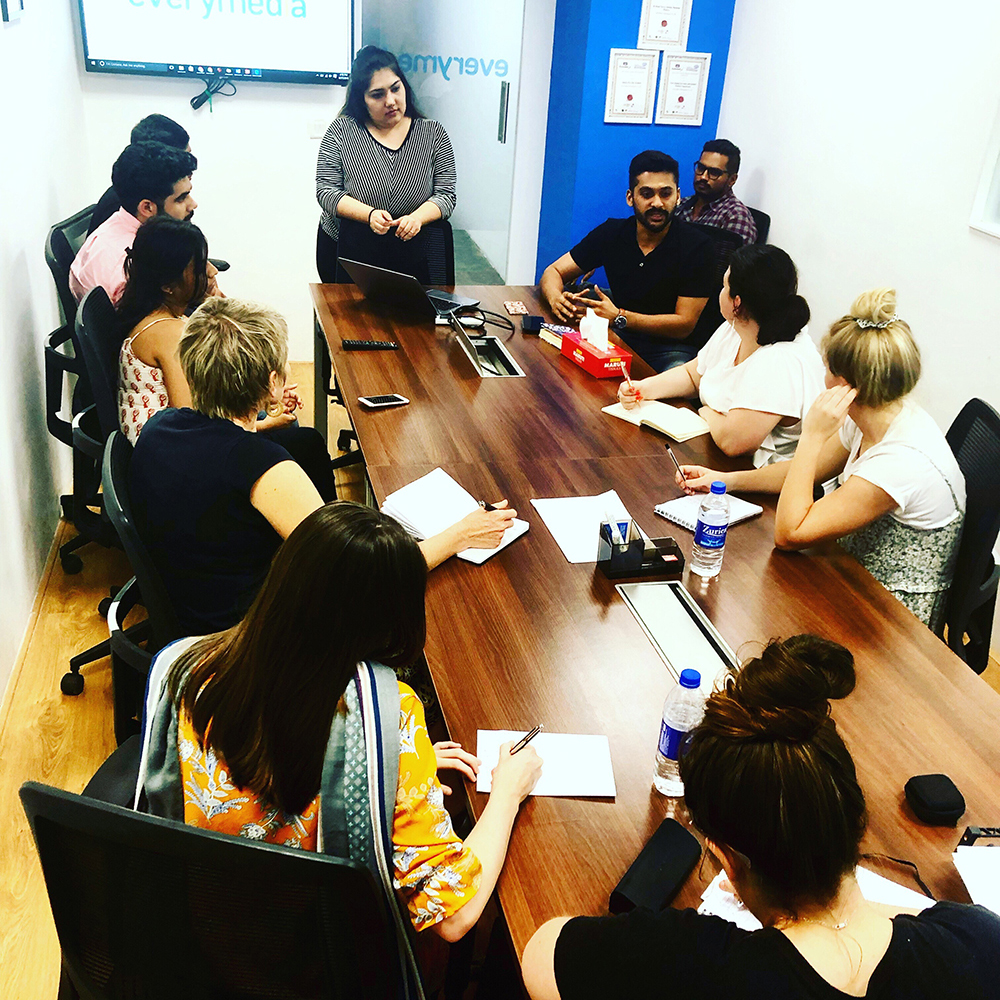