For USC Science Honours graduate Lidia Davidovics-Smith, there’s only one thing more exciting than working in a giant aquarium awash with “wow moments” from the marine world.

And that’s sharing the wonder of the ocean and its creatures with hundreds of school children each month to boost conservation awareness in the community and help guide future decision-makers.

Lidia, who received her Honours degree in 2013 after graduating with a USC Bachelor of Environmental Science in 2012, has enjoyed her job as education officer at SEA LIFE Sunshine Coast for almost three years.

The Tewantin resident is now an Ocean Youth Facilitator at the Mooloolaba attraction, part of global Merlin Entertainments which operates more than 130 attractions in 25 countries.

“I have hired a number of USC alumni in my 15 years here as I know first-hand how relevant the University’s science degrees are to the work we do,” Kate said.

“While I was researching moon jellyfish in my third year at USC, I met staff from SEA LIFE and this led to a job in the curatorial team at the aquarium, working closely with sharks, stingrays, fish and turtles.”

Lidia said the current Ocean Youth program aimed to create opportunities for people aged 12 to 18, “to get their voices heard”.

“I take the older teenagers, linking them with peers and mentors who are just as passionate about ocean conservation, showing them ways to make a difference at any age,” she said.

“When I put together presentations and information, I’m often tapping back into what I learnt at university here on the Coast.”

Originally from British Columbia in Canada, the rescue-level scuba diver and former graphic designer returned to Canada for two years after her USC studies, where she managed a community aquarium focused on raising awareness and appreciation of marine ecosystems.

Lidia said the diversity of hands-on projects during her USC studies and her tenacity as a mature-age student assisted her career change success.

“At USC, I learnt about native fauna during amazing field trips to Fraser Island and Stradbroke Island, and I helped gather data for a PhD student’s research project on the foraging behaviour and potential impacts of red foxes in coastal environments such as Point Cartwright,” she said.

“I worked on a native vegetation survey between Noosa and Sippy Downs, and my Honours research found that public education was pivotal in encouraging the proper use of fishing waste bins at popular recreational fishing areas.

“Now, at SEA LIFE, my duties can range from demonstrations of stingray feeding and archerfish spitting to describing the behaviours of sharks or seahorses. Then I’m taking people behind the scenes to see our marine turtle hospital and jelly breeding tanks.”

Lidia said she was pleased with her decision to study Environmental Sciences rather than solely marine biology.

“I’ve got a wider foundation and I can build it in more directions,” she said.

“It’s exciting when a visitor says, ‘wow, I didn’t know that’ and their eyes light up at what they’ve seen or what I’ve explained. I love it, because that’s how I still react when I learn something new about this marine environment.” 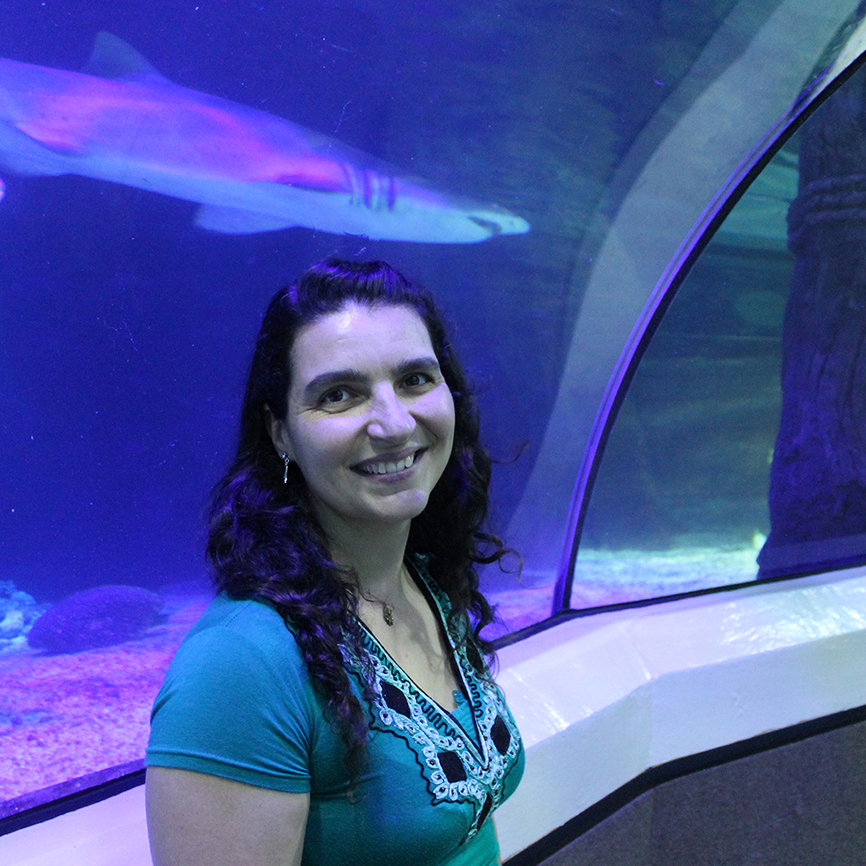