While slowly rebuilding her life after a stroke and brain surgery, USC Psychology student Melanie Hulm has discovered the transformative powers of education and helping others.

The Gympie mother-of-four said both became important pathways in her recovery after a series of traumas left her physically and cognitively impaired and unable to run the commercial property maintenance business she founded in Brisbane.

“At that time, the simplest task was difficult and while I was able to make a slow recovery, my confidence in my ability to make a meaningful contribution to society was low,” Melanie, 46, said.

“I was forced to contemplate rekindling my professional career and university seemed like a great way to test my capabilities to cope in the fast-paced world I had left behind after my injury over a decade ago,” she said.

“While at USC, I saw volunteering as a way to re-engage with society without feeling pressure to perform, and I have not looked back.”

Now in her third year of USC’s Bachelor of Social Science (Psychology), Melanie is the Co-Chair of the University’s Student Representative Council and has been a member of the Student Liaison Group at USC Gympie since 2016.

“I still find it hard to believe I was elected by my peers – most of them a lot younger than me – to represent them,” she said. “I would never have expected the opportunities that being a student volunteer has brought to my life.”

They include representing USC at the 2018 Tertiary Education Quality and Standards Agency in Melbourne and partnering with USC staff on a research project to evaluate USC’s approach to students as partners.

Melanie recently presented the initial findings of the research at the HERDSA (Higher Education Research and Development Australasia) conference in New Zealand.

“Without the experiences from volunteering I would still be doubting my worth,” said Melanie whose other volunteering roles include fundraising for her children’s school and contributing to Gympie community events.

With her focus on establishing a rewarding career in a “future-proof industry”, she chose to study Psychology and completed first-year subjects at the Gympie campus.

She travels to the Sunshine Coast campus for the remainder of her Psychology subjects but takes electives in Business at Gympie.

“Studying at USC Gympie has provided the opportunity to make lasting relationships with students and staff from different disciplines,” Melanie said.

“Everyone supports each other and there is a real sense of community that is hard to foster at the bigger campuses,” she said.

“I often take my children and friends to the campus which has normalised university as a real option in their future too.”

Melanie plans to work as a psychologist in the Gympie region when she completes her degree. 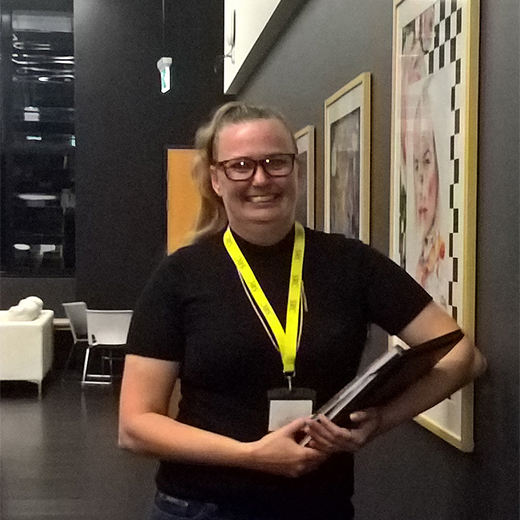 Former Gympie Day Care operator Kathy Pitt not only had her sights set on gaining a new career by completing a USC Education degree – she was also aiming to inspire her children and grandchildren.