USC’s 2019 Chancellor’s Medallist Michael Jefferies has been named Australian Law Student of the Year – for the second year in a row.

The award would be an honour for any law student in the country, but receiving it twice is an achievement that has delighted the former Buderim resident who now works in Sydney for PwC (PricewaterhouseCoopers) Australia.

“It is exciting to be recognised again as the winner from 38 law faculties nationwide,” said the 24-year-old after he attended the Australian Law Awards ceremony in Sydney on 9 August.

Michael was also announced as a finalist for the Lawyers Weekly Excellence Award, which recognises stand-out winners across all categories for their demonstrated excellence in the business of law coupled with a passion for the industry.

“My USC undergraduate studies and activities over the past five years have created a strong platform for my career,” Michael said.

“The University has been great in supporting me to get this far and to overcome the often-assumed limitations associated with attending an emerging regional university.”

Michael, who works in corporate law as part of PwC Australia’s legal team in Sydney, flew back to the Coast in April to graduate with a Bachelor of Laws/Bachelor of Commerce (Financial Planning).

He received the Chancellor’s Medal for his academic achievements and contributions to the USC, regional, national and global communities.

“Since settling in Sydney six months ago, I have become involved in the governance of two organisations: batyr, which engages, educates and empowers young Australians about mental health; and the New South Wales division of the United Nations Association of Australia.

“I have also been informed that my Honours thesis from last year on the topic of shareholder activism has been confirmed for publication by a prominent journal.”

In 2018, Michael spent eight months in Singapore, after receiving a prestigious New Colombo Plan scholarship from the Federal Government, to study at the National University of Singapore and intern at Linklaters, an elite global corporate law firm. 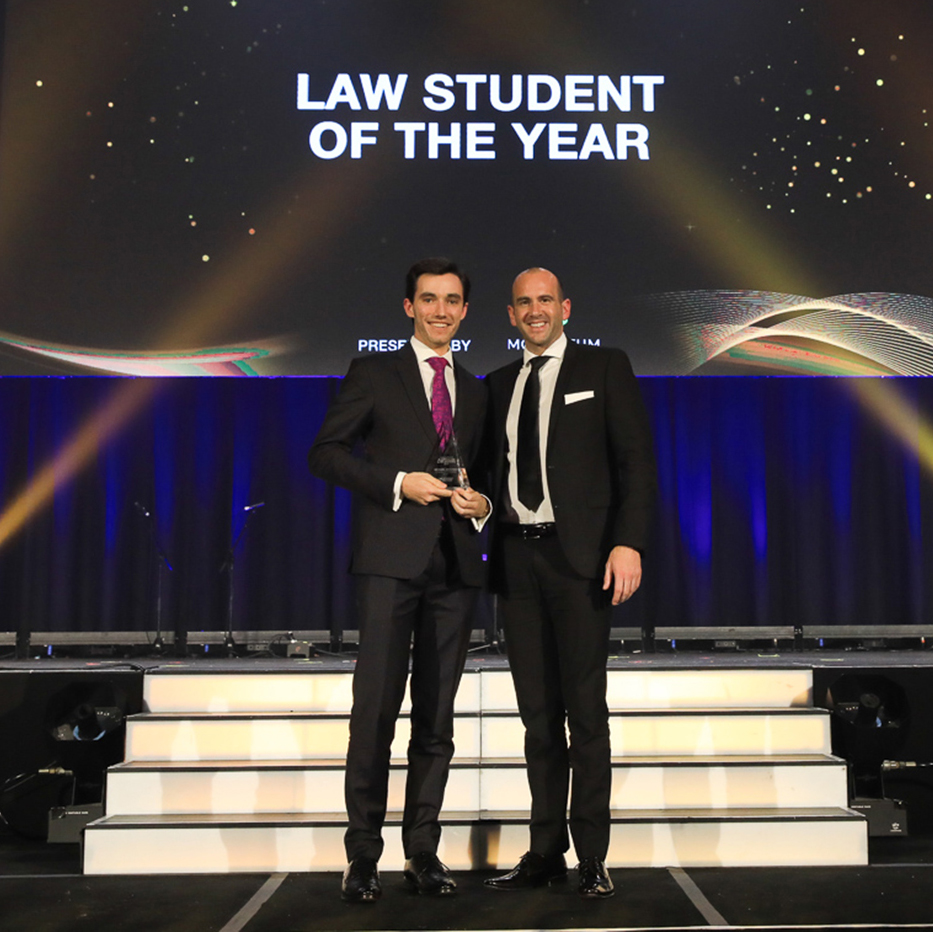 While the resurgence of COVID-19 is causing deja vu for many business owners, Fiona Roberts is looking forward to “another amazing year” in 2021.

Volunteering as an amputee model for Prosthetics and Orthotics students practising their new skills was an introduction to USC for accountant David Williams.