Interning at the Australian Embassy in Tokyo and attending a high-level meeting simulation of the Association of Southeast Asian Nations (ASEAN) in Bangkok have given a 24-year-old USC student amazing insight into global relationships.

Raymart Walker, who is enrolled in USC degrees in International Studies and Education/ Science, said the work and study experiences had reinforced his passion for diplomacy and his goal to work in the field after graduation.

He was one of 14 students selected by the Australian Department of Foreign Affairs and Trade (DFAT) and supported by the ASEAN Foundation.

“It was an intensive six-day program of workshops, diplomatic training and interactive meeting simulation,” said Raymart, who grew up in Gympie.

“In the simulation, I represented Thailand as Minister for Defence and chaired the meeting.

“My committee’s role was to propose solutions to the issues of climate change and the wider political instability implications for the ASEAN region, especially due to water and food insecurity.

“What I found interesting was the importance of consensus and agreement of all member states. No suggestion could be taken on board without everyone’s agreement.”

“I loved this role. And it was a great opportunity to apply some of the chairing skills I have developed on USC’s Student Representative Council to a global level.”

In Japan, Raymart enjoyed an internship at the Australian Embassy and a study exchange at Akita International University. He travelled on a New Colombo Plan scholarship awarded by DFAT.

“I met incredible people in Japan including diplomats, other interns and Japanese officials at the embassy, and students and staff at the university. I also engaged with cultural activities – I joined a club for Yatose, an energetic folk dance of Akita, and we performed at festivals.”

Raymart has since accepted a role as an education officer with the ASEAN-Australia Strategic Youth Partnership while continuing his USC studies on campus at Sippy Downs. 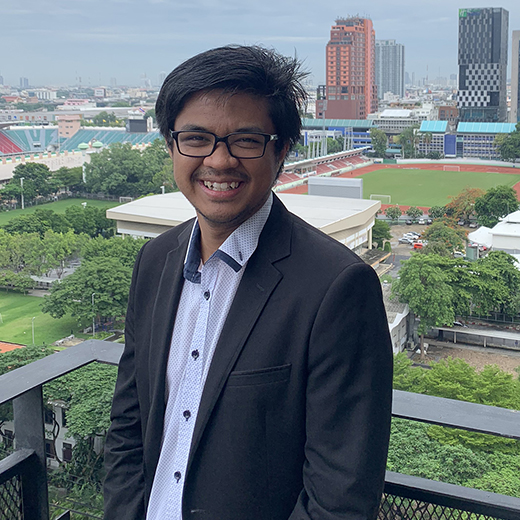