Working as a USC Student Ambassador throughout his Environmental Science degree has helped Dave Clancy land his first job.

Dave, who graduated in April, was an Ambassador throughout his three-year course and said the opportunity offered him a chance to learn new workplace skills and make some lifelong friendships – including one that ultimately kickstarted his career.

“After graduation a friend I met through the Ambassador program saw an ad for a graduate position as a trainee extension officer in north Queensland working in sustainable agriculture, and he sent it through to me,” Dave said.

“I’d actually missed the cut-off date but after reading the job description I just knew it my dream role. I called up about it and got given a really tight deadline to apply,” he said.

“It was all meant to be because a few weeks later I was offered the job.”

Dave is one of eight trainees across Queensland to be awarded a place with the Agriculture Extension Work Placement Program funded by a partnership between the Australian Government’s Reef Trust and the Great Barrier Reef Foundation with support from the Queensland Government.

“The Queensland Farmer’s Federation delivers the program, which exists to fund jobs like the one I’ve got, to assist farmers throughout the Great Barrier Reef Catchments learn more about sustainable agriculture practices,” Dave said.

“I’ve been placed with a Mackay-based company called Farmacist, which is an independent agronomy and precision agriculture service provider,” he said.

“I’ve been working with them for a month now and no two days are the same, which is exactly what I wanted out of my career. I’m doing everything from being out on the road meeting cane growers, to looking at new crop trials, through to assisting with soil testing.

“It’s important to me that I’m part of something that’s actively working towards a middle ground to support agriculture but in an environmental way, so this is a great job for me.”

A 2013 graduate of Suncoast Christian College, Dave has lived throughout Australia but never in north Queensland.

“This part of the state is a whole new adventure for me and as someone who loves the outdoors, fishing and diving, I can’t think of a better place to start my professional life,” Dave said. 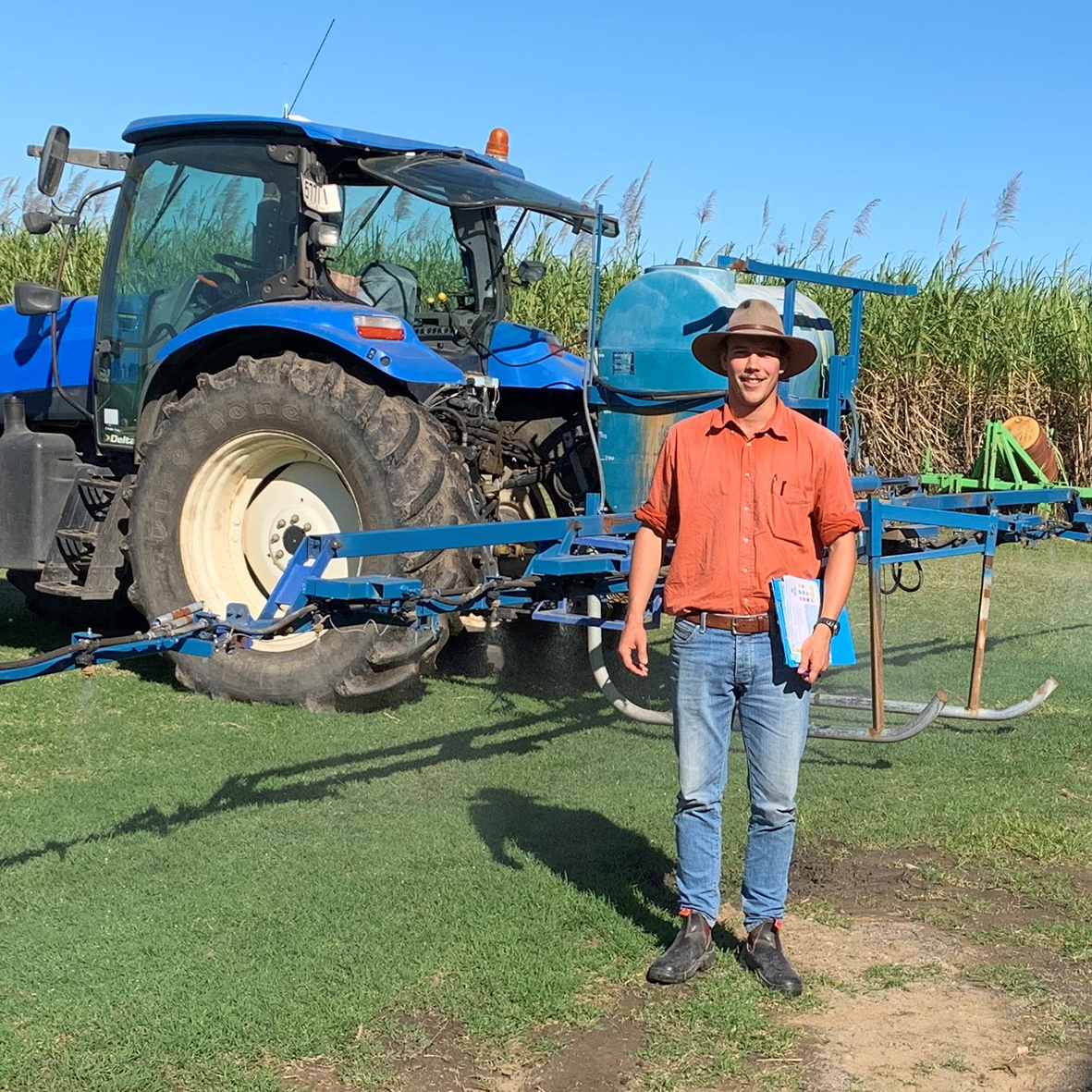