A trailblazing USC student leader and global human rights advocate, who was last year named the best among his law peers from universities across Australia, will be awarded a 2019 USC Chancellor’s Medal.

Michael Jefferies, 23, will receive USC’s highest student honour when he graduates with his Bachelor of Laws/Bachelor of Commerce (Financial Planning) on Friday 12 April at one of 12 USC ceremonies this week.

The medal will be presented by Chancellor Sir Angus Houston in recognition of Michael’s academic achievements and contributions to the USC, regional, national and global communities.

Born and raised in Buderim, Michael is flying back to the Sunshine Coast for the ceremony from Sydney, where he has started his career as one of eight new law graduates at PwC (PricewaterhouseCoopers) Australia.

“This job is a great fit for my professional interests,” he said. “I am in the corporate advisory legal team with a focus on mergers and acquisitions, transactions and boardroom governance.

Michael, who was named Australian Law Student of the Year by Lawyers Weekly in 2018 for his academic results, extracurricular involvement, community leadership and passion for law and justice, is looking forward to tomorrow’s midday ceremony, where he will deliver the graduate address.

“It will be déjà vu to graduate at the Matthew Flinders Anglican College Performance Centre, where I graduated from secondary school half a decade ago.”

Michael, who achieved First Class Honours, said gaining the Chancellor’s Medal would be a wonderful way to finish his degree.

“It’s an honour to receive this recognition for my contributions to the University, which has been like a second home during my five years of study,” he said.

Michael was a member of the University Council and a prominent student leader in several societies at USC including co-founder of the Law Students’ Association and International Relations Society.

He co-established the Student Representative Council, helped develop the Students as Partners governance framework, and represented USC at competitions and conferences including in Bangkok and Boston.

Last year, after receiving a prestigious New Colombo Plan scholarship from the Federal Government, he travelled to Singapore for eight months to study at the National University of Singapore and intern at Linklaters, an elite global corporate law firm.

In 2017, Michael was global co-chairman of World for Refugees, a youth-based refugee advocacy organisation. He was also vice-president of Amnesty USC. 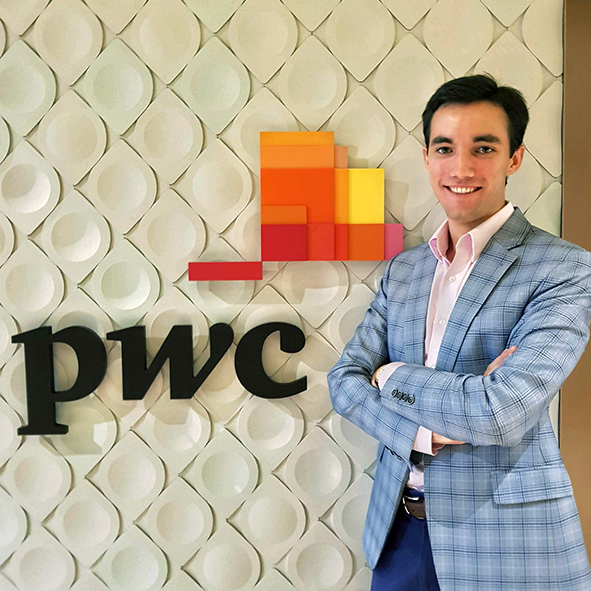