Back to the ‘scene of the crime’ for legal students - University of the Sunshine Coast, Queensland, Australia

As part of a school team, Maddison and Tess came second in the hotly contested competition, that pitted high school students from around the region against each other in a series of mock criminal trials.

Maddison said she had always planned to study law but was undecided on where to apply in Year 12.

“But after attending a USC Careers Expo and talking about criminal law opportunities, then having the chance to spend so much time in the USC Moot Court during the competition series it was an easy decision to apply to the Sippy Downs campus.”

“I really enjoyed being in the USC Moot Court and going through the process of writing submissions then verbally presenting them,” Tess said.

“Being introduced to case law and looking at precedent cases from around the world was a lot of fun.”

The Buderim student has also enrolled in a Bachelor of Business.

“I’m keen to specialise in sport law and I think the business element of my dual degree will help me to understand how to manage people, how to effectively communicate and how a business operates,” Tess said.

USC Law School Lecturer Dr Dominique Moritz was the Mooting Convenor for the 2018 competition and said the importance of engaging with high school students to offer insights in to university is invaluable.

“I am delighted to have Maddison and Tess enrolled to study with me as first-year law students. They’re a great example of what can come out of taking advantage of new opportunities to learn and explore career pathways,” Dr Moritz said. 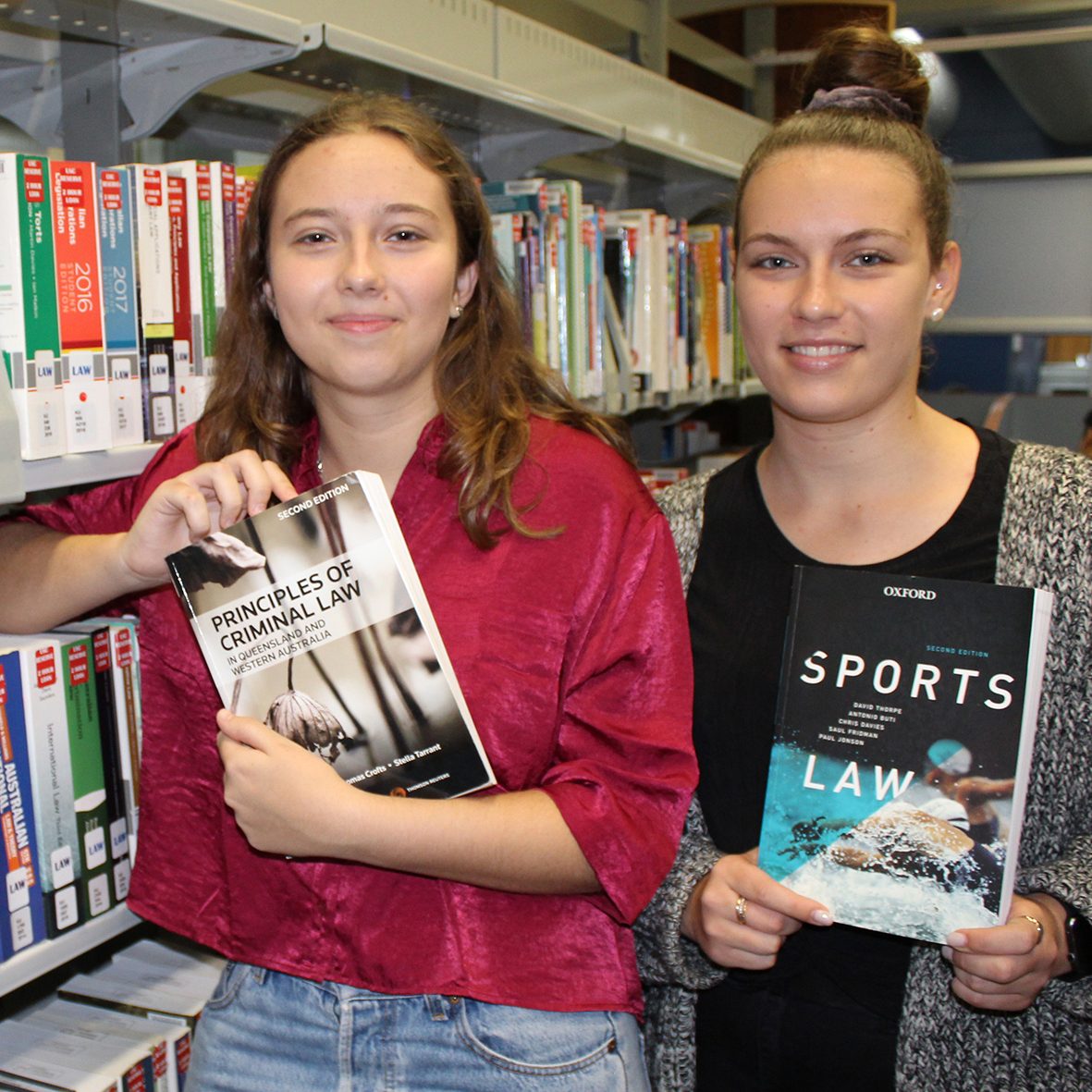