A first-year USC Engineering scholarship has opened many doors for Gympie’s Darcy Korn, including a pathway to a job with one of Australia’s largest privately-owned civil and marine construction companies.

The 22-year-old is a graduate project engineer with Hall Contracting and a member of its management team working on the construction of Aura, Australia’s largest master-planned city at the southern end of the Sunshine Coast.

Darcy, who graduated recently with a Bachelor of Civil Engineering, said his interest in construction led to him completing a first-year USC Engineering subject while still in Year 12 at James Nash High School.

This helped the OP 5 student secure a prestigious $5,000 Les and Mary Hall Family Scholarship from Hall Contracting, part of a $100,000 endowment to USC by the third generation Sunshine Coast firm.

At the end of his first year, Darcy approached Hall Contracting about work experience and was offered a role as an undergraduate project engineer for the remainder of his studies.

“The scholarship helped financially throughout the four-year degree, allowed me to gain valuable industry experience while studying, and secure a job as a graduate project engineer responsible for a variety of project management tasks,” he said.

“As a site engineer on the Aura project, I communicate technical information to site crews and negotiate with subcontractors regarding site works.”

He is also the firm’s Quality Assurance Engineer for its involvement in stage two of the Bell’s Creek Arterial Road that will link the Aura development with Caloundra Road and the Bruce Highway.

The Chatsworth resident said studying Engineering at USC was an obvious choice. “USC was a no brainer for me being just over one hour from Gympie so I could commute from home.

“I didn’t need to move to a capital city, could continue to live the lifestyle I wanted, and USC came across as a more down-to-earth learning environment for me to study in.

“I had also gained a good insight into the degree through USC’s Headstart program that allowed me to finish two university subjects, including introductory engineering, during Year 11 and 12.”

The opportunity to conduct a final-year project aimed at flood prevention on the Sunshine Coast was the highlight of his studies, Darcy said.

“It involved identifying and improving the configurations of culvert drainage inlets on the Coast to improve their flow capacities. This rewarding project provided the opportunity to showcase the skills I had progressively learned throughout my degree.” 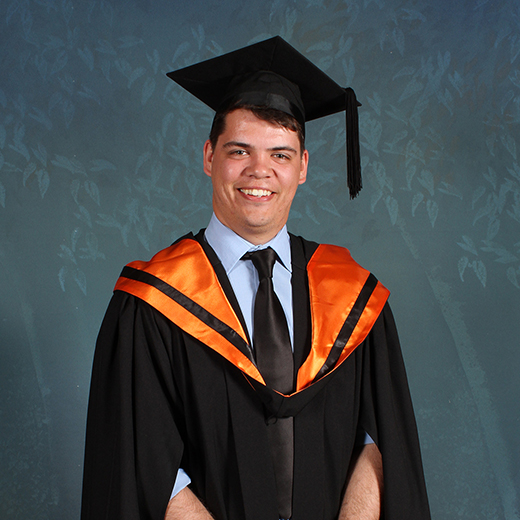 New students enrolling full-time in the three-year Bachelor of Nursing Science at USC’s Gympie campus this semester can apply for a scholarship, valued at up to $45,000.

A former fly in-fly out mines driller who recently graduated from USC with a Psychology degree is taking his career change even further in 2021 after getting into medicine.