A team of University of the Sunshine Coast students have drawn inspiration from a prehistoric-themed cartoon to showcase their potential as future mechanical engineers.

The ‘Furious Five’ team of Ryan Kennedy of Maroochydore, Jacob King of Burnside, Nicholas Gerrard of Chatsworth, Taaeli Fakraufon of Buderim and Noah Sellers of Buddina were victorious in USC’s first Bronto-crane challenge on Wednesday 24 October.

They topped the class in a hard-fought contest to replicate cartoon character Fred Flintstone’s famous Bronto-crane with a much lighter scale-model crane as part of a Mechanical Design subject.

Teams could only use balsa wood, glue and string to create their quasi quarry-mining dinosaurs, with points awarded for various criteria such as efficiency in construction and the speed at which cranes could operate.

“This required perfect synchronised control of the movements of the crane by all the members of the team,” he said. “The simple crane design and ease of operation provided the team with a winning edge in this competition.”

He said it also gave them an opportunity to develop skills in turning their ideas and sketches into reality. 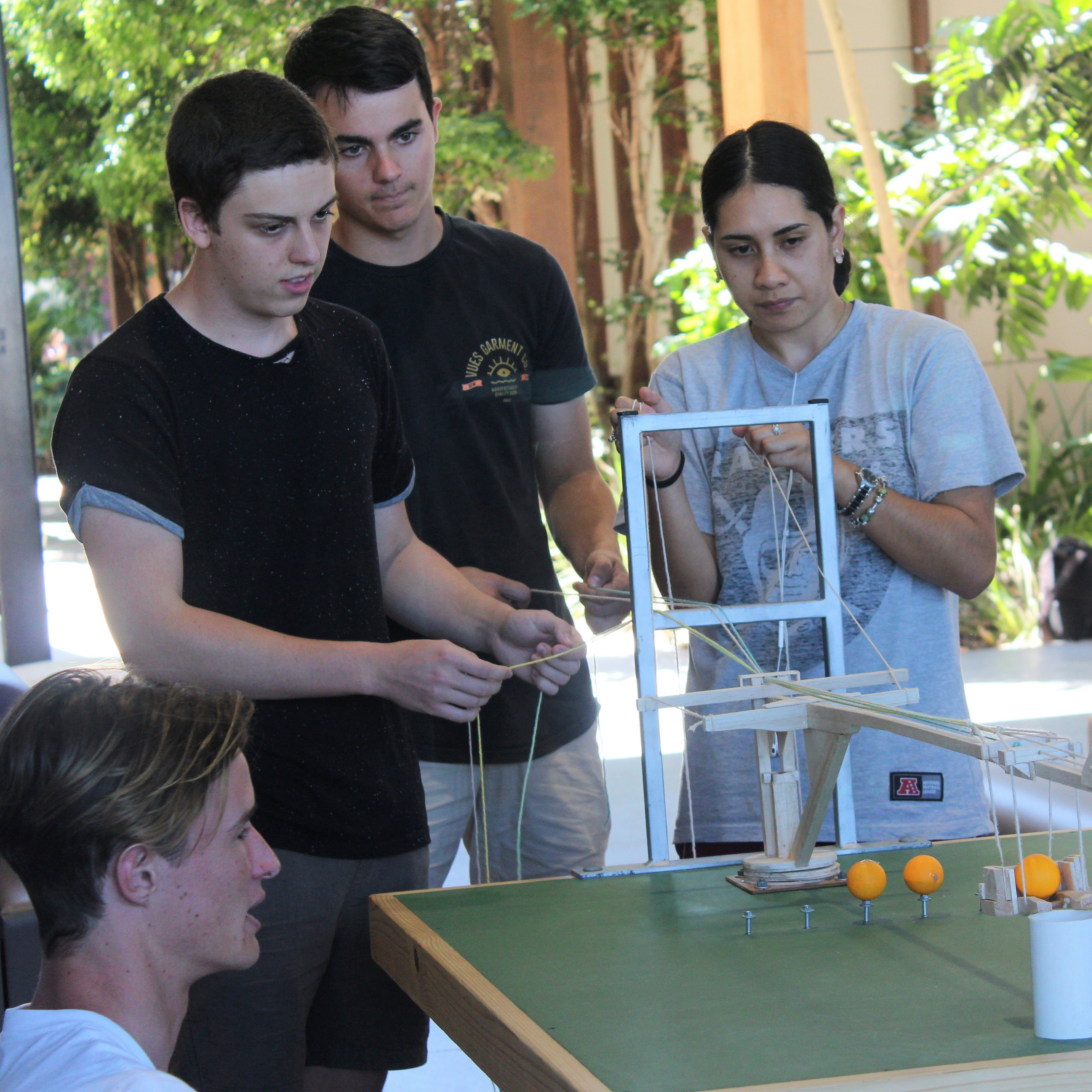