Engineering student is building on success - University of the Sunshine Coast, Queensland, Australia

Engineering student is building on success

A childhood love of Lego is often quoted as a reason for pursuing a career in engineering, but for USC Engineering student Cameron Uys, things have really clicked into place.

Cameron, 20, of Aroona, was presented with three prizes at the recent 2018 USC Engineering Awards night in honour of his academic success over the past year.

Cameron said his interest in engineering stemmed from a childhood obsession with Lego building blocks and a fascination for how big things are built.

The former Unity College student said he was looking forward to doing his Honours research project next year as part of his degree at USC.

“I’ll get to do lots of hands-on lab work with experimenting and testing,” he said. “It will be real-world stuff.”

Among the seven other prize winners at the Engineering Awards night was Naomi Shanahan of Palmwoods.

Naomi received the LEW Mosel Prize in Engineering for high performance, creativity and critical analysis, and the Mark and Susan Bradley Prize for the best second-year student overall in Civil Engineering. 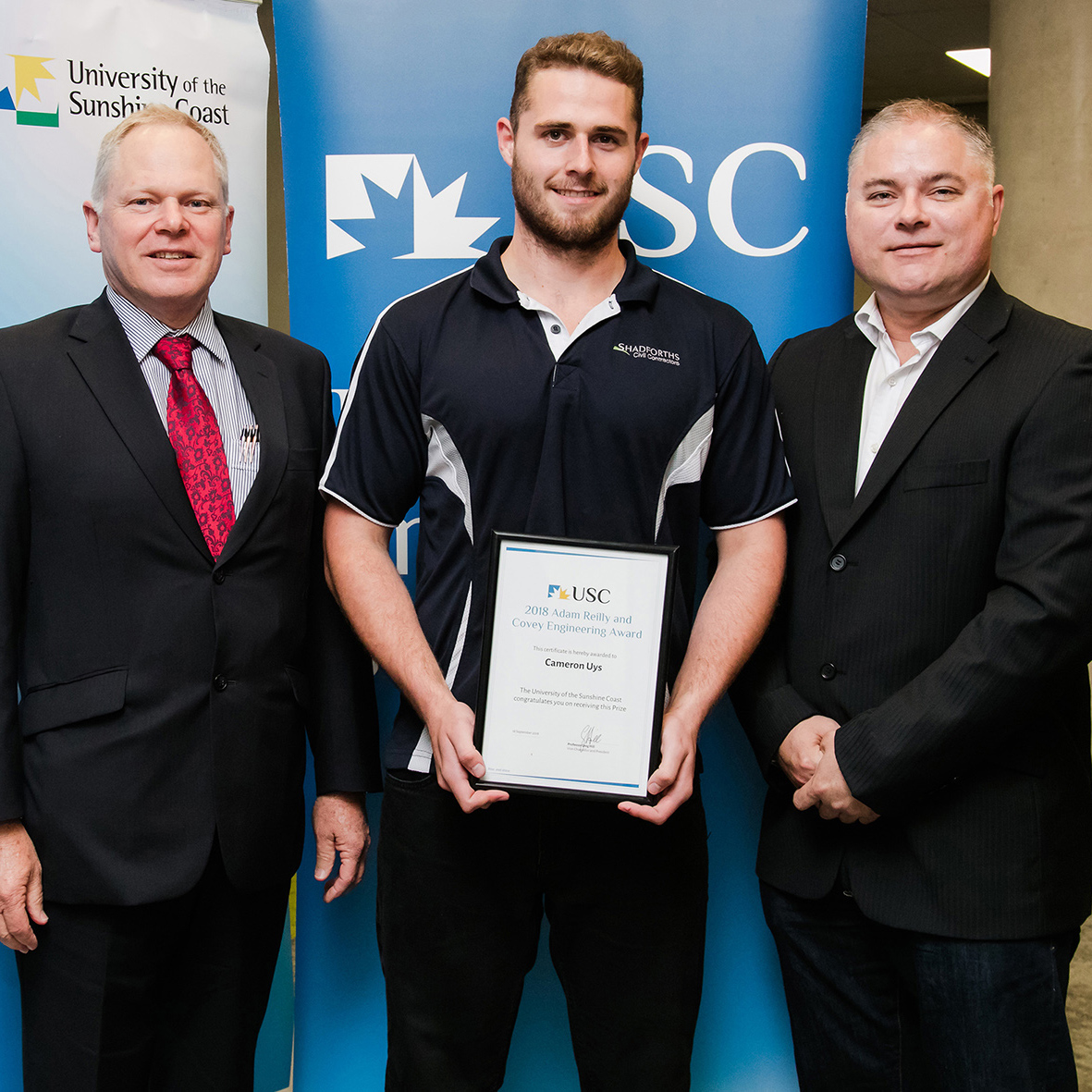