USC Agricultural Ecology Professor Helen Wallace recently celebrated the launch of a galip nut product, following a massive project she and other members of an Australian Centre for International Agriculture Research team developed alongside local farmers.

“The product is the result of industry and research people from Australia using their expertise to help the locals forge a new economy in PNG that will ultimately help people out of poverty,” Professor Wallace said.

“There has been an excellent reaction and the nuts have flown off the shelves of the local supermarkets and duty-free stores. They sold out within the first few weeks and now we’re getting a lot of interest from Australia.”

The galip nut tree is a prolific species that had been grown on many farming properties for shade and personal consumption for many years, however the nuts had not been previously gathered for broad commercial purposes.

Professor Wallace said the community of small growers worked together to deliver a bulk product.

“We have now employed about a thousand smallholders, who are often women with little farms that now have a new income stream,” she said.

“One of the farmers was a widow with seven children who was so happy that she could now afford her children’s school fees.

“They pick the nuts when they are ripe, bring them to the factory and that’s where they remove the flesh, dry and crack the nuts and then roast them. They are currently offered in three flavours: natural, peeled, and roasted salted, which are my favourite.”

Professor Wallace has previously worked on projects developing industries in Vanuatu, which now has a thriving galip nut industry, run by six processors and thousands of smallholders.

“Australia has had a strong nut industry for many years and it makes sense that we offer our knowledge about growing, harvesting and processing to help other countries get their own operations running far sooner than if they had been starting from scratch.

“And this is only just the beginning. Probably in the next five to ten years we will be able to export them. The global demand for nuts has increased as people realise they are such a healthy snack and good for the heart.

Galip nuts are high in micronutrients, particularly zinc and iron.

“This is a great time to be bringing new nut products onto the market.” 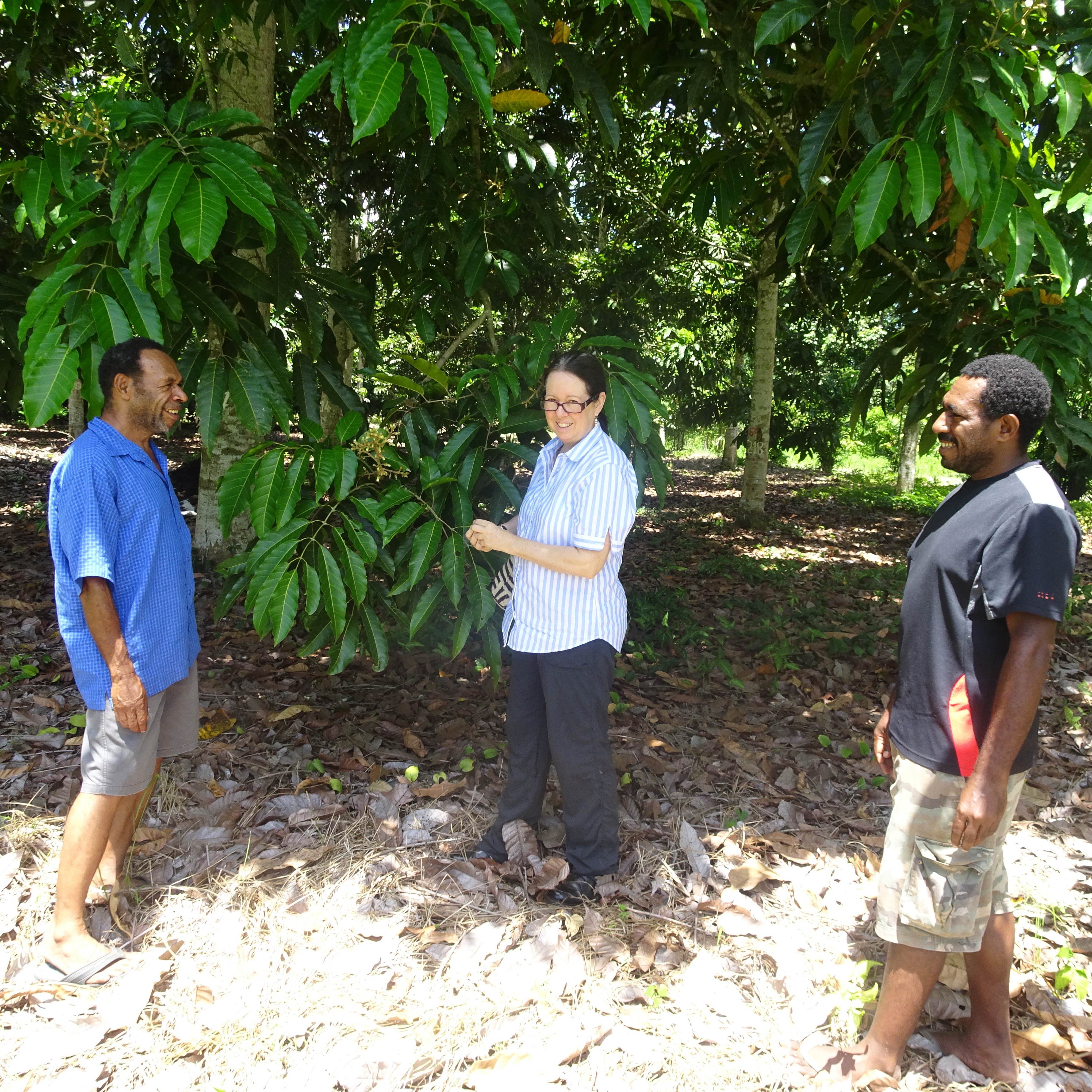