Forget the fantasy of Sim City, a digital game that is teaching students at the University of the Sunshine Coast how to realistically design cities has won a top State award.

The Serious Urban Play game was named ‘overall winner’ across all categories at the recent Planning Institute of Australia’s Queensland awards for planning excellence and won the state award for ‘cutting-edge research and teaching’.

USC Urban Design and Town Planning Program Coordinator Dr Nicholas Stevens, who led the winning team, said the win further validated the teaching tool that was engaging students in the complexities of designing cities in a fun and effective way.

“The key to this game is that it allows you to play in teams which reflects the reality of a career in urban planning, unlike single-player entertainment city-building games like Sim City,” Dr Stevens said.

This “serious game” was a more faithful reflection of real-life in a planning office, he said.

“Someone might want to put a petrol station next to where someone wants to put a primary school, so if I can hear students negotiating, discussing and sometimes arguing, I’m pleased because that is what is happening in planning offices in real life.

“Urban planning is a complex series of trade-offs to achieve a balance between societal happiness, community outcomes, economic viability, environmental sustainability and mobility.

“The Serious Urban Play game help students visualise, understand and experience planning rather than their learning experience just being a series of laws, strategies and overlays,” he said.

Dr Stevens said the game was first developed in 2012 as a board game, but was digitised with the support of USC’s Engage Lab and Bachelor of Design students in 2014 as the University amassed an impressive suite of digital learning tools, including the CAVE2 3D simulation room.

The game is now in the running for a national award in May 2019. 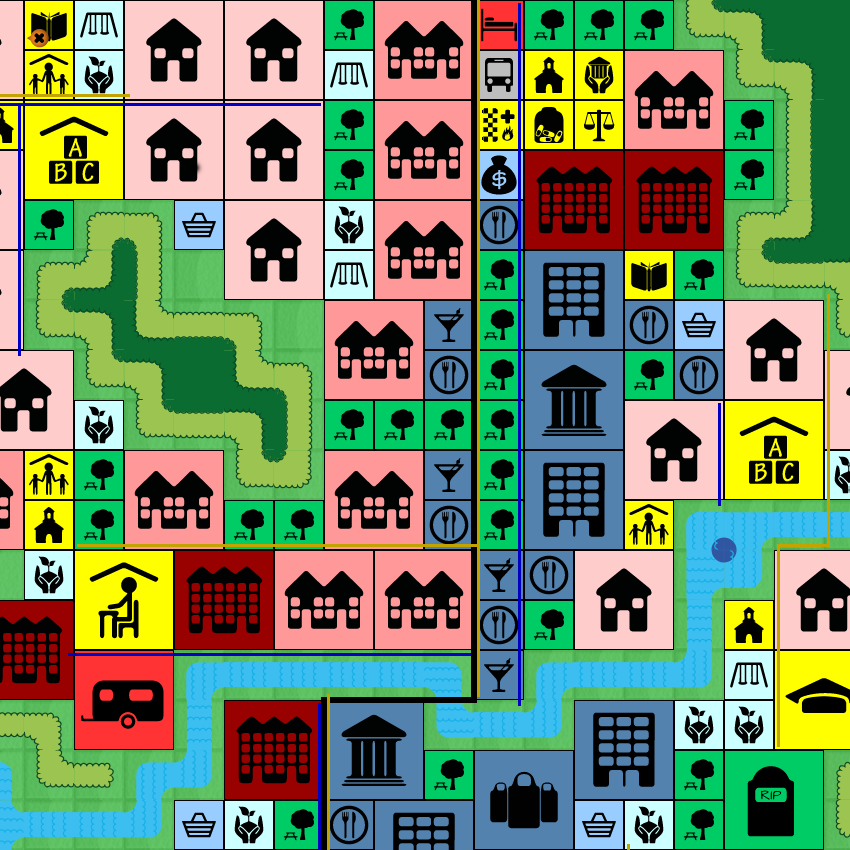