Quidditch players from across the muggle community have been summoned to the grounds of USC to determine who will be awarded the coveted Australian National Quidditch Champions trophy.

The main tournament will be held at USC’s rugby fields from 8-9 December, which will be the first time the national event has been held in Queensland.

Quidditch is a ground-based version of the high-flying game made famous in JK Rowling’s Harry Potter books, and involves players running with broomsticks between their legs.

Games are mixed gender and the sport is an intense, full-contact activity requiring an array of skills with elements of rugby, basketball and OzTag.

Defending champions, the Whomping Willows from Victoria, will take on 23 other teams, mostly from interstate. And the tournament will see six quidditch matches played at a time.

Members of the public are encouraged to attend this free event and cheer on the local teams, with the USC Dementors in green and black and the USC Nifflers wearing navy and yellow.

“This is a massive event to have on the USC campus, with world champions competing right here,” Ms Fox said.

“It’s a fantastic sport for spectators, and there will be people there to explain how it all works for those watching Quidditch for the first time.”

See the full program, including wheelchair quidditch events on 6 December, at: http://www.quidditch.org.au/event/quafl-australian-quidditch-championships-2018/ 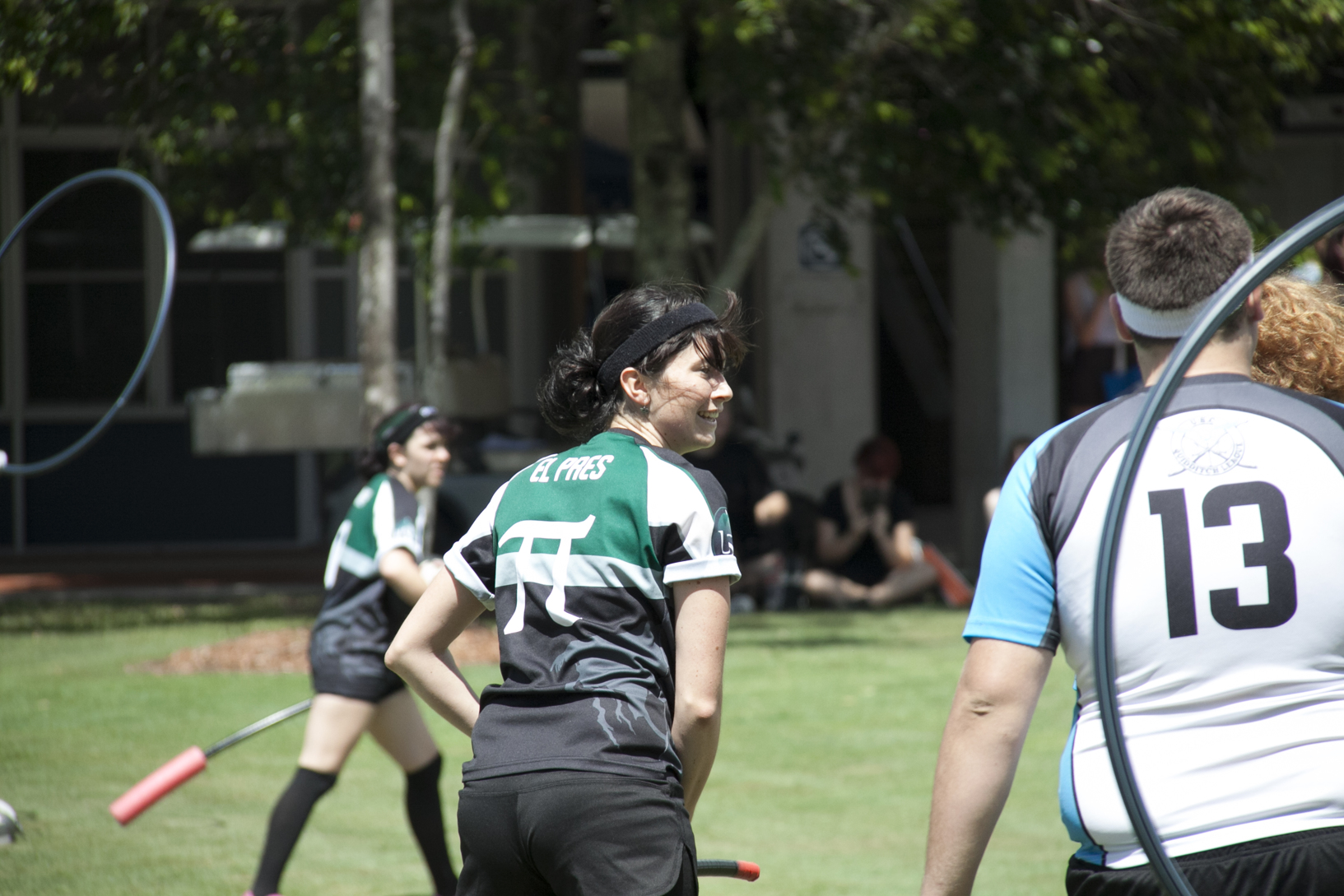