Dr Myers received $15,000 in prize money for her manuscript Garrison Town, which was written as part of her Doctorate in Creative Arts and will now be published by The University of Queensland Press.

The novel, set in Brisbane during World War II and in contemporary times, features intersecting timelines of the experiences of women during those eras, drawing on Dr Myers’ research of real stories from the Queensland State Archives.

“It’s about unearthing women’s stories in history with recurring themes of misogyny and violence against women, showing how some things haven’t really changed,” she said.

“There are so few works of fiction that address the impact of that time in our history.”

Dr Myers, who is from Stafford and tutors in Creative Writing at USC, said she believed the award will be a game-changer for her career.

Dr Williams said Dr Myers’ success would add to the appeal of studying Creative Writing at USC, with the discipline now attracting students from across the world including from the United States and Kuwait.

“We are now seen to be cutting-edge and leaders in this field, and that we’re open to innovation, Melanie’s success has shown us that we’re doing something right,” he said.

“All our supervisors are award-winning published authors. That’s part of the attraction —students know we’ve done it, and they can do it too.”

The Queensland Literary Awards are run by the State Library of Queensland to champion young and emerging Queensland writers and honour established authors and their works. 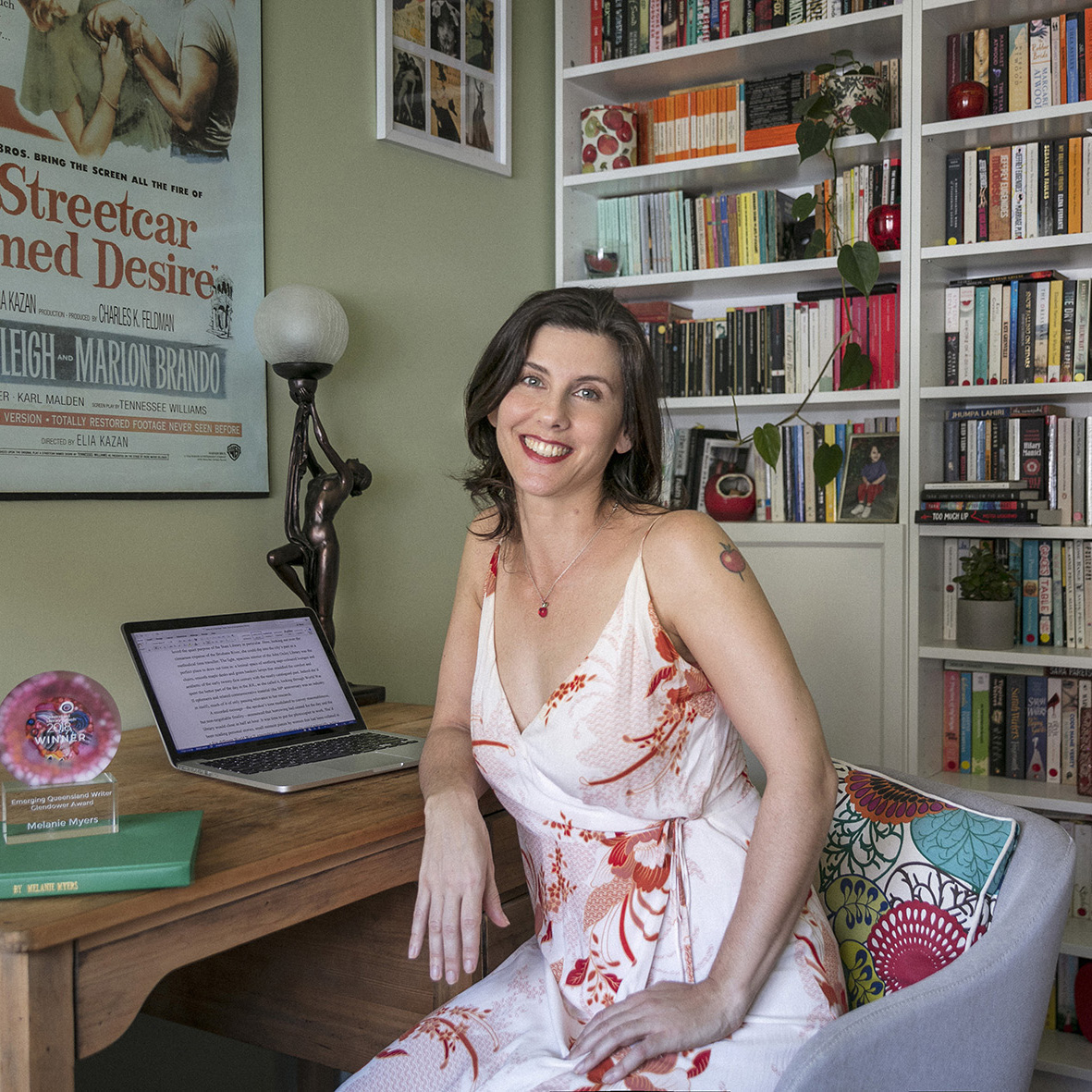 A USC scientist renowned for her work with wildlife and detection dogs has been named the Queensland Young Tall Poppy Scientist of the Year, one of the state’s top science prizes.