Four Gympie women are embracing the transformational power of education and the opportunity to attend university in their hometown to pursue longed-desired careers.

The women have excelled in USC’s university pathway program to be each awarded a $2,000 Gympie and District Community Bank TPP USC Scholarship that supports students to transition to an undergraduate degree.

Gympie’s Ky Bennett who once believed a university education was out of reach after leaving school in Year 11 is now a step closer to achieving her goal of becoming a nurse.

Ms Bennett said she was inspired to become the first person in her family to attend university and has begun a Bachelor of Nursing Science at USC’s Gympie campus after completing the University’s Tertiary Preparation Program (TPP) last year.

“I have wanted to work in the health field since preschool, but I didn’t believe it was possible until I found out that TPP could be pathway to a Bachelor of Nursing,” she said.

Like Ms Bennett, Seraphina Paton said she never expected to have the opportunity of tertiary study after leaving school in Year 10. “Now I have begun a degree in Nursing Science and I am already planning a second degree in Midwifery,” she said.

“We have a young family but are willing to sacrifice a second salary as we recognise the benefits and opportunities that will come from gaining a Nursing degree.”

The other scholarship recipients are Erryn Goldsworthy, who has begun a Bachelor of Primary Education at USC Gympie and Jenna Aspden who is studying Psychology.

“Becoming a teacher has been a dream for some time as I strive for a career that I am passionate about and be rewarded with seeing children learn and grow in their identity,” said Ms Goldsworthy, who has been working as a teacher aide.

“The TPP program and the supportive staff at USC Gympie has given me the confidence to start the degree.”

Ms Aspden, whose career aspiration is to become a registered psychologist, said the scholarship would make it easier for her to pursue her education.

“Being a single mother of two little boys, it is difficult to juggle money and time for my studies, but I am 100 percent committed to giving my children the life they deserve.”

The TPP/USC Scholarship is part of the Bendigo and Adelaide Bank Scholarship Program that supports tertiary education across Australia. Bank spokesman Rens Poels said the cost of university could have a significant impact on a student's ability to further their education. “In some instances, they may not get the chance to go to university without financial support,” he said.

Applications are now open for mid-year entry to study at USC, with Semester 2 starting on 23 July. Details on how to apply.

USC’s annual Open Day will be held at its Sunshine Coast campus on Sunday 22 July. 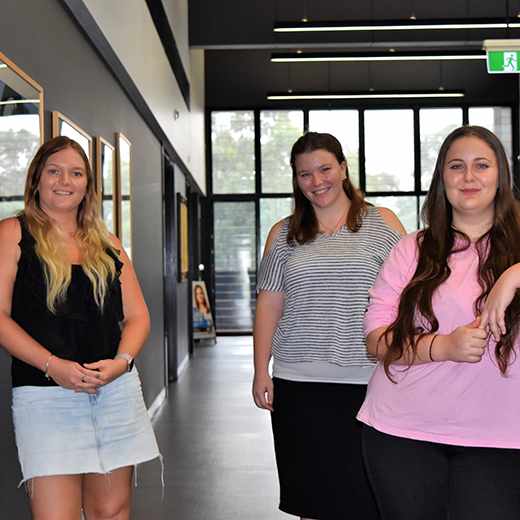 A University Medal from USC and a marketing career found in her home town of Gympie have completed a stunning transformation for former hairstylist Tiffany Stevenson.

An increase in student enrolments and a brand new study space have set up an exciting start to the academic year for USC Gympie.

Jess eyes USC degree as a ticket to travel the world

New school leaver Jessica Bond is among about 150 prospective students who have received offers to study at USC’s Gympie campus this year.