USC is preparing to host the biggest health and wellbeing day for Aboriginal and Torres Strait Islander families ever held on the Sunshine Coast.

Organised by the North Coast Aboriginal Corporation for Community Health (NCACCH) and supported by USC’s School of Nursing, Midwifery and Paramedicine, this year’s Well Person’s Health Check Day on Saturday 24 March will focus on the theme ‘Healthy Men, Strong People’.

With the Health Check Day growing every year since it was launched in 2005, organisers expect a record-breaking 1,500 people to attend the event from 9.30am to 3.30pm at the University’s main campus at Sippy Downs.

USC first became involved in the event when it was held in Gympie last year, with 22 Nursing Science and Midwifery students volunteering to deliver children’s health checks.

This year, about 60 USC students have volunteered to assist in the children’s health checks and information sessions, and with women’s health in the Women's Business van.

“When USC students helped deliver health care to children at last year’s event in Gympie, it was such a success that NCACCH wanted the same thing to happen again this year on the USC campus,” Mrs Smith said.

Stalls will be set up around the main courtyard of the University’s campus, with some tutorial rooms allocated for private health screenings.

Mrs Smith said the theme of ‘Healthy Men, Strong People’ was highly relevant, with the Australian Bureau of Statistics figures showing that Indigenous men have a life expectancy of only 67.2 years, compared to 78.7 years for the rest of the Australian male population.

USC’s Nursing Clinical Experience Coordinator Bronwyn Doyle said the event provided a great opportunity for Nursing Science and Midwifery students to work with representatives from various health organisations across the region and contribute to improving the health of Indigenous families on the Sunshine Coast and Gympie surrounds.

“We’re here to value-add,” Ms Doyle said. “We did the children’s health check last year, which was a great success, so we want to build on that this year.” 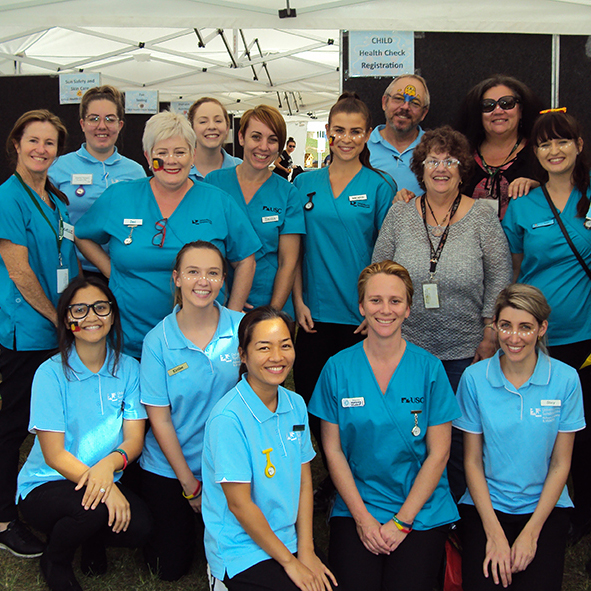