A marine biologist leading ground-breaking global research into how sea turtles are affected by ingested marine debris and other pollutants has brought her expertise to USC Fraser Coast.

Dr Kathy Townsend is teaching field-based research skills to Animal Ecology students while she continues her work as the lead academic of internationally renowned scientific programs "Project Manta" and "Turtles in Trouble”.

With a marine background that includes more than 20 years working on university research stations on Heron Island and Moreton Island, Dr Townsend said the Fraser Coast was an uncharted frontier for marine research.

“As marine scientist with an interest in global marine conservation and human impacts on marine animals, I am excited to start exploring the region,” she said.

“The Fraser Coast is renowned for its natural beauty and marine diversity – it is one of the jewels in Australia’s crown – yet there has been relatively little research into the area.”

“Often you can’t tell what the impact is until you know what the baseline is, so my first goal is to get in the water and try to understand what is going on here in Hervey Bay”.

While specialising in turtles, manta rays, coral reef ecology and shark reproduction, Dr Townsend said she was keen to expand her research to include the dugong and dolphin populations found in Fraser Coast waters.

A continuing research focus is Project Manta, a long-term multidisciplinary study of manta rays that helped to secure global protection for the threatened species.

“When we first started, there was little scientific data on the Australian east coast manta ray population. However our knowledge has grown substantially over the past decade,” said Dr Townsend who conducts regular field trips to study manta rays at Lady Elliot Island.

“A longer-term goal of the study is to use manta rays as an indicator species to assist in monitoring the effects of environmental change, including global warming.”

Dr Townsend received global recognition for a decade-long study of marine turtles that found that more than 30 percent of Australia’s sea turtles were dying from ingesting discarded marine rubbish.

Her work has been published in international and regional journals and featured in National Geographic, Australian Geographic, BBC and ABC.

She has also received the prestigious Peter Doherty Award for Science and Education for outstanding and innovative contributions to science education in Queensland. 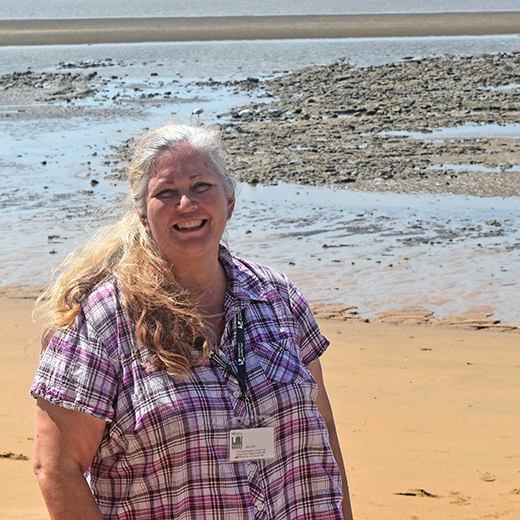