Teams of students from Grace Lutheran College and Northpine Christian College have been announced as the respective winners of USC Caboolture’s first film and business competitions for schools.

USC academics last night presented the teams with $2,000 each for their schools, and awarded prizes of $150 and $1,000 USC scholarships to individual team members.

Grace Lutheran College won the competition for best short film, which was based around the theme ‘adrenaline’, with its entry ‘Breathe’.

Set in a post-apocalyptic world where deadly creatures feed on the adrenaline of human survivors, judges described it as a ‘stylistically accomplished’ film that established ‘high stakes and clear goals’.

“We’re commenting on how a person can get metaphorically torn to pieces for raising opinions in cyberspace,” he said.

Drawing on a range of inspiration, the students suggested the Landsborough business could hold festivals to help encourage more patronage to the site and seek out celebrity endorsements.

Northpine Christian College student Anotida Matingo said the team brainstormed a range of ideas that were included in the final presentation to judges.

“We really didn’t expect to win,” he said. “But it’s such a great feeling. We’re really excited.”

USC Caboolture events coordinator Melissa Beazley congratulated the teams of students who took part in both contests and commended them on the quality of their work.

“I think these competitions create good opportunities for the students to express themselves creatively and learn new skills in a university environment,” Ms Beazley said. 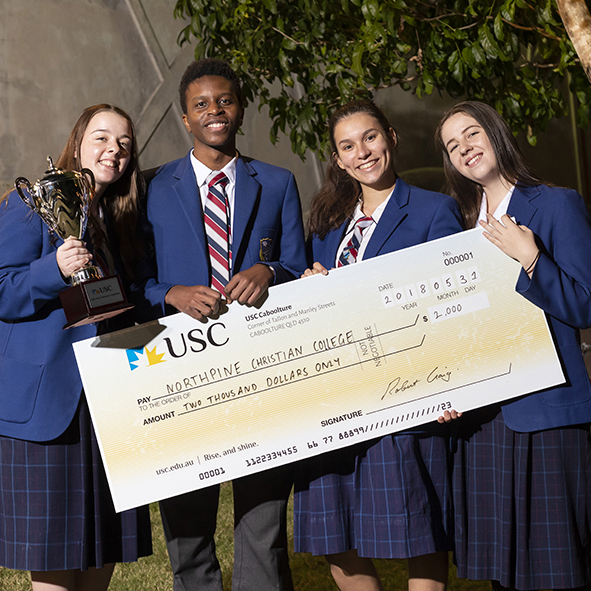