Legal arguments are reaching a crescendo as teams of students from local high schools head into the finals of the first Sunshine Coast Schools Mooting Competition this week.

Preliminary rounds have been held at the school over recent weeks and the finals series, starting with quarter-finals on Monday 4 June, will be held in USC’s impressive moot court – a purpose-built facility with the look and feel of a real courtroom.

Organised by USC Lecturer in Law Dr Dominique Moritz, the contest has provided many of the students from 11 high schools with their first foray into the field of criminal law.

“They were given a fictitious criminal law problem a couple of months ago and allocated either prosecution or defence,” Dr Moritz said.

“The problem is a complex one involving a man in a department store found to have a watch that he is alleged to have stolen.

“The students have to use real case law and legal arguments to answer the problem, similar to what our university students do at USC.

“It is a really challenging concept, but students have so far performed very well. The judges – people from the legal fraternity and USC academic staff – have been very impressed.” 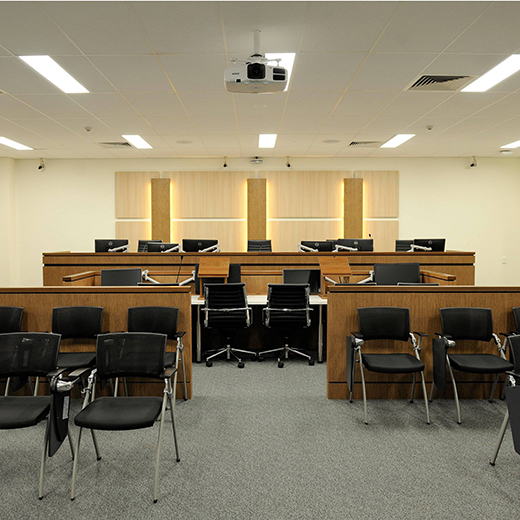