Swedish student Lars Karlstroem is certain he’ll miss uni life and his adopted country of Australia when he heads home this weekend after excelling in his studies and helping others at the University of the Sunshine Coast over the past four years.

The 29-year-old from Stockholm has a sight impairment but wasted no time establishing himself as an active student after enrolling in a Bachelor of Counselling at USC in 2015.

He became a student ambassador for USC’s Respect.Now.Always. campaign, as well as a volunteer for St Vincent de Paul’s ‘Compeer’ program that offers one-on-one friendships to socially isolated adults living with mental illness.

“I found engaging with others really beneficial and I enjoyed connecting with people, hearing their stories and learning about how they view the world,” Lars said.

In his third year of study, Lars also became part of the USC chapter of the Golden Key Society, an organisation of high-achieving scholars that encourages innovation, respect and diversity.

“Being able to connect with dedicated, high-achieving people who want to use their skills and help others was very motivating,” he said. “I’ve really enjoyed volunteering and being part of the Sunshine Coast community and just trying to help make it a better place.”

“Lars saw challenges as opportunities to grow and learn more about himself, and I believe that will help him become successful in his career,” she said. “He contributed in ways that made a difference to the people he worked and studied with.”

As a child, Lars was diagnosed with rheumatoid arthritis, which affected his eyesight. His vision declined over time and Lars is now legally blind.

He hasn’t let this hold him back, though, and plans to work as a relationship counsellor and help those with a disability.

“The practical aspects of my program at USC helped me gain a greater awareness of myself and how I can use my knowledge as a future counsellor,” he said.

Making the last of his final days in Australia, Lars recently met with Vision Australia to discuss how he might implement some of that organisation’s activities back in Sweden.

USC’s annual Open Day at its Sunshine Coast campus at Sippy Downs will be held from 9.30am-2pm on Sunday 22 July. For more details, go to: www.usc.edu.au/open-day 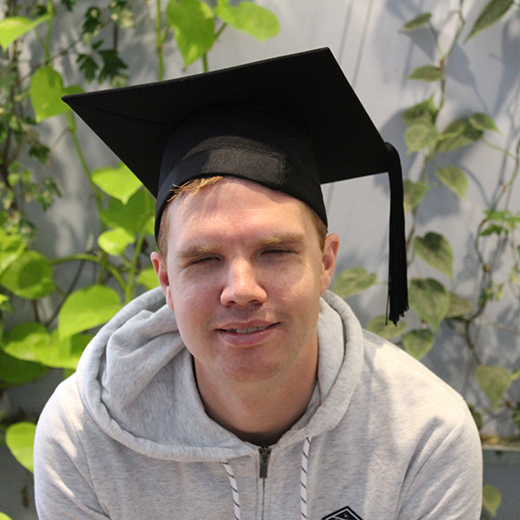