Seaweed on the menu at USC - University of the Sunshine Coast, Queensland, Australia

Seaweed on the menu at USC

Mr Matthews – formerly of Spicers Retreats and now of Winston & Myrtle - is a well-known chef on the Coast, and Australia-wide.

Associate Lecturer Tara Leong said students heard about Mr Matthews’ worldwide adventures to learn about sustainability in the food industry used the University’s commercial kitchen to cook a meal from a “mystery box”.

“We supplied him with local produce including tempeh, bone broth crisp, mushrooms and brought in some seaweed from the USC farm at Bribie Island,” Ms Leong said.

He used the green ulva and red sarconema seaweeds (pictured).

“Seaweed is a great source of iodine,” Ms Leong said.

“It can be used to flavour dishes because it’s very high in umami flavour so people don’t have to add as much salt, which is great because what we are trying to do in Australia is reduce salt.”

The session is part of the Menu Design course for the Bachelor of Nutrition.

USC aquaculture researcher Associate Professor Nick Paul said seaweed was a “food of the future”, important to feeding a growing global population, and it was great to see students embracing the changing industry.

He’s been growing and researching seaweed for more than 10 years, and working at the Bribie Island Research Centre aquaculture facility since 2017, discovering which breeds grow best and what they can be used for – from salads to cosmetics.

“I’ve been inspired by what I’ve seen overseas where seaweed is farmed as a traditional food and as a global commodity that is worth billions of dollars annually,” he said.

Some of the other ingredients were sourced via the Innovation Centre’s GrowCoastal agribusiness program. 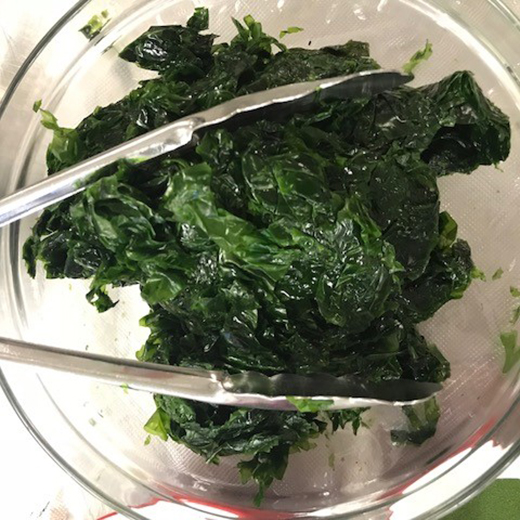